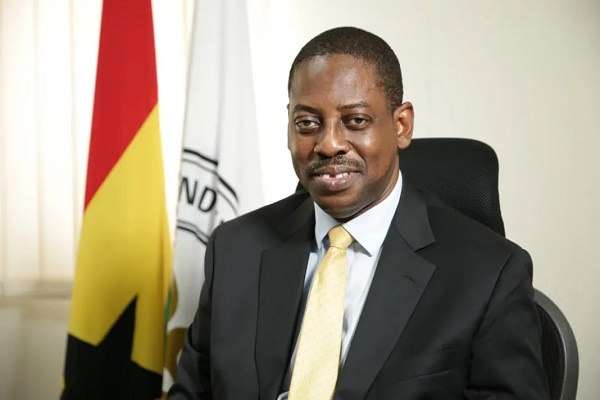 If Securities and Exchange Commission thinks it has done its work of public education about dubious investments well enough, then it may have to revise its note as a new Ponzi Scheme, Tizaa Ghana Fund has recorded over 37,000 new subscribers in just a week of promising 50% returns.

Tizaa Ghana Fund says they have a guaranteed 50% return on investment or profit for its investors after only 10 days and reports indicate so far, like Menzgold, they have been paying diligently.

This Ponzi scheme is modelled after Menzgold Ghana Limited which was a fraudulent gold dealership and investment firm that promised customers an average of 7-10 percent monthly returns on investments. It was subsequently shut down by the Government of Ghana. It was founded by Nana Appiah Mensah who is currently facing charges of defrauding by false pretence in court.

The prosecution had accused Nana Mensah, his wife, Ms Rose Tetteh, and his sister, Ms Benedicta Mensah, of using Menzgold as a tool to defraud more than 16,000 people of GH¢1.68 billion.

His wife and his sister are, however, at large.

The facts, as presented by ASP Asare, are that in October 2018, the police received a complaint from about 16,000 people that Menzgold had convinced them to invest GH¢1.68 billion in a gold purchase scheme that yielded 10 per cent monthly interest.

According to him, the complainants said their money was locked up and that they could not find Nana Mensah and the other principal officers of the company.

The prosecutor said investigations revealed that Menzgold and Brew Marketing Consult were incorporated as limited liability companies in 2013 and 2016, respectively.

Menzgold, he said, obtained a licence from the Minerals Commission in August 2016 to purchase and export gold from small-scale miners, and in order to successfully engage in the business, Nana Mensah founded Brew Marketing Consult to be a gold buying agent.

ASP Asare said although Menzgold was licensed to purchase gold, it was not licensed by the Minerals Commission to trade in gold.

Notwithstanding the lack of such a licence, he said, Menzgold went public after its incorporation and invited the public to deposit money for a fixed period with interest, on the pretext of gold purchasing.

The prosecutor said further investigations revealed that the three accused persons were the directors and principal officers of Menzgold and Brew Marketing Consult.

NAM 1 was released from police custody on August 17, 2019, after meeting his revised bail conditions.

Later, the court varied the bail conditions to allow for five sureties to guarantee his bail without showing evidence of having properties worth the GH¢1 billion bail sum.