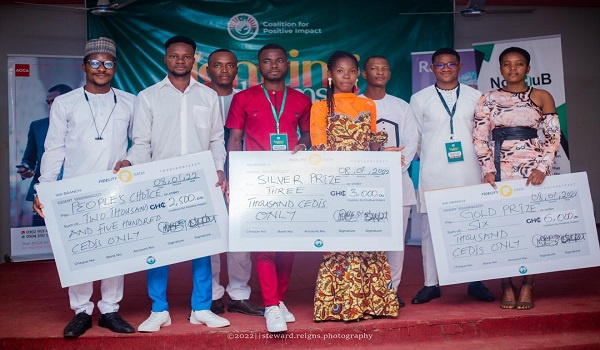 Price winners and participants have described the experience as impactful

Coalition for Positive Impact (CPI), a youth-led Non-Governmental Organization (NGO), has, on January 8, 2022, held the fourth edition of its Igniting Dreams program in Wa.

The program which was held on the theme: “Wealth Creation through Financial Literacy”, was attended by over 300 young people from across the Savannah, Northern, Upper East and Upper West regions of Ghana.

In his address the Executive Director of CPI, Mr. Maazu Bayuoni explained that “Igniting Dreams is an entrepreneurial development program that brings together youth from diverse backgrounds on a common dais to discuss and share ideas on topics centered around business, entrepreneurship and innovation.”

He continued, “it seeks to nurture and develop entrepreneurial youth into transformative business leaders and entrepreneurs.”

According to Executive Director, the goal of Igniting Dreams in the next decade is to develop 100,000 entrepreneurs and help 1 million young Africans to get decent jobs.

Mr Maazu touted the influence of the seminar on youths in the region by saying, it has been impactful since its first edition in 2019.

The Executive Director said in the past three editions, the seminar had brought together over 800 young entrepreneurs and reached out indirectly to over 2000 people in the Upper West Region and beyond.

He added that the seminar through its business pitching module has provided seed capital to 8 young entrepreneurs worth over GHS20,000 in the three years period.

Through the business pitching module of the seminar, three young entrepreneurs were awarded prizes as the People’s Choice worth GHS2,500, the Silver Prize worth GH 3,000 and the Gold Prize worth GHS 6,000 through a competitive selection process.

Mr Bayuoni hinted that the winners would receive business development training from the Noni Hub and Ghana Enterprises Agency, GEA (then NBSSI) through an accelerator program to help them gain access to business support facilities for growth.

After the pitch, Plan B Solutions emerged as the People’s Choice Prize Winner with Favour’s Enterprise bagging home the silver prize and SMART Innovations clinching the gold Prize. 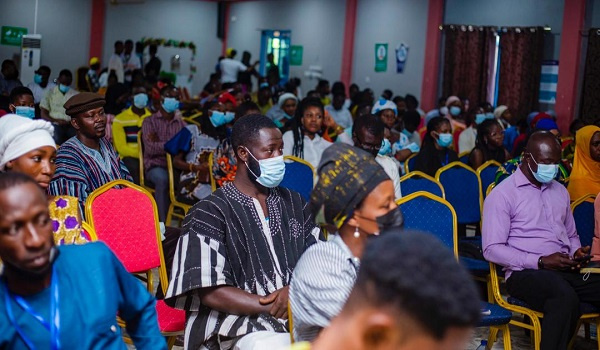 The Excellence in Business and Leadership Awards which was first introduced in January 2021 was also conferred on five (05) outstanding entrepreneurs who are doing extraordinary work in the upper west region.

The purpose of the award scheme is to recognize and celebrate excellence in entrepreneurship and business to inspire and motivate the youth within the upper west region to strive for excellence in their various entrepreneurial endeavors.

This year’s awardees were selected from five categories namely, agribusiness, education, healthcare, fashion & tourism and the young entrepreneur of the year.

In an interview with some participants at the seminar, they expressed gratitude to CPI for the event saying “this is very impactful and life-changing”.

They have also expressed optimism that it could turn their lives around in the entrepreneurial arena.

Ghana has not signed partnership with UK on ‘Operation Dead Meat’