“I Killed My Mother To Buy Benz, You Can Do Same If You Envious Of Me”-Sakawa Boy Boldly Confesses [Video] 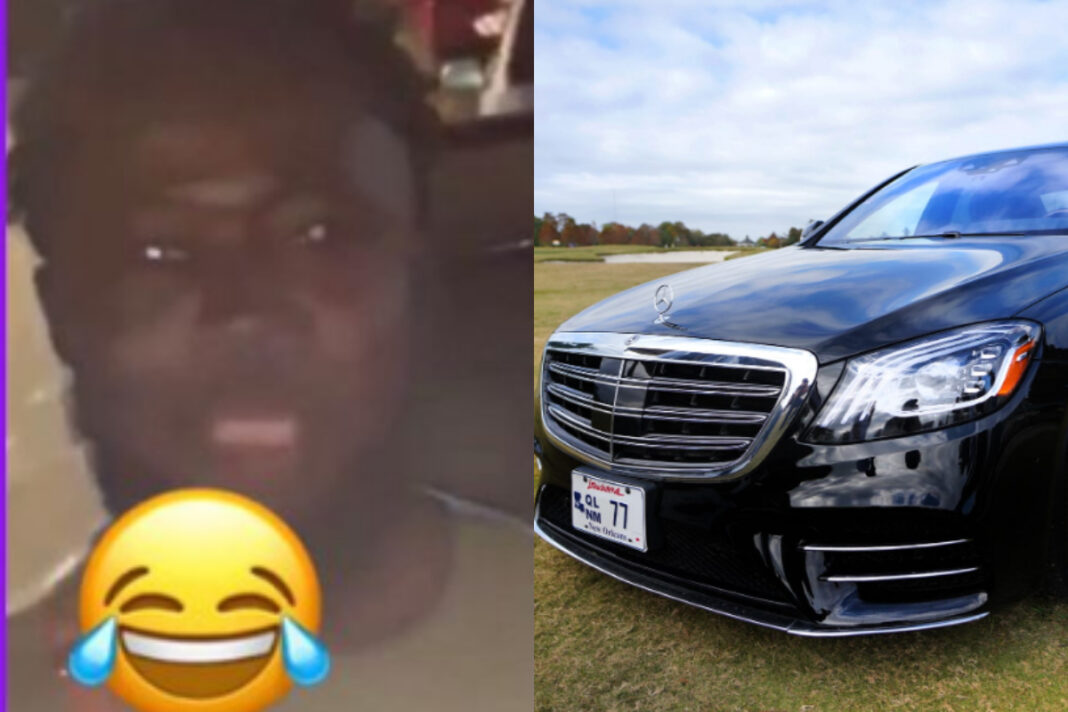 A suspected Sakawa boy has made shocking revelations about the secret to his wealth and how he acquired his new Benz car, saying he killed his own mother to acquire the asset.

In a video sighted on social media, the young man confessed to having killed his mother to acquire his new Benz car, hence if any of his peers are jealous of his success, they can also kill their mother for Benz.

The young man who is yet-to-be-identified was seen flaunting cedi notes while spilling the beans on how he made his millions and bought his car.

Well, it is either the young made these claims out of excitement after acquiring his new car or probably really meant every single word he said. Whichever way, should the police launch a search for him, he wouldn’t have it easy with the law.

In other news, award-winning Ghanaian songstress, Vera Hamenoo-Kpeda, well known in showbiz scenes as Mzvee has flaunted her natural beauty in an elegant black dress indicating that black is actually her favorite color.

The singer who was once signed on the Lynx Entertainment record label but for some reason, parted ways with the label to become an independent musician also happens to be one of the most beautiful and best vocalists in the music scene according to numerous sources.

The “Daavi” hitmaker has never seemed to disappoint her fans and other music lovers even after parting ways with her record label as she continues to drop more hit songs and win the hearts of many with her talent.