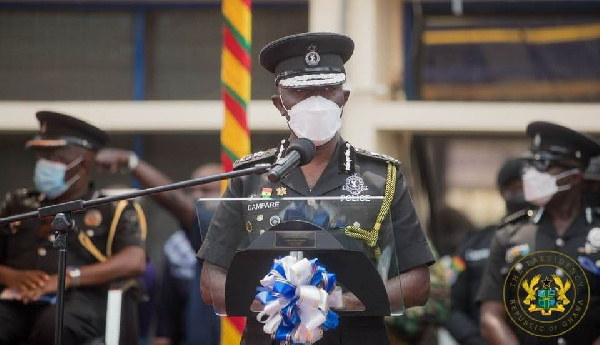 He has backed a Police directive against doom prophecies

Some charismatic Men of God have kicked against police directive

The issue of prophecies, their potency and their importance has been a major news item since late last year until recently.

This was thanks to a Police directive cautioning Men of God against ‘doom prophecies,’ that is, prophecies that had the tendency of creating fear and panic or disturbing the public peace.

Whereas most traditional churches have backed the position of the Police, some Charismatic churches have kicked against the directive describing it among others as a move to gag the church and the word of God.

Cardinal Peter Appiah Turkson, a senior member of the Vatican, however, has spoken in support of the Police with the main reason that transition into a New Year should not be used to hype a sense of anxiety via doom prophecies but rather give hope to people.

“The end of year moment, you know again is a transition point, and it can be hyped up by a sense of anxiety about the future and all of that, but precisely, this is what is not supposed to be in the church, because the church is the place where people are assured of God’s closeness and presence.

“So people should be encouraged rather to hold the hand of God and hold on to it and step into the future, rather than be thrown into a frenzy of uncertainty, insecurity and therefore fear for which they need somebody to predict the future for them”, he stated in an interview with Accra-based Asaase Radio.

The Cardinal also tasked Ghana to take steps to regulate the work of some church leaders in order to weed out the deceitful and problematic ones among them.

He pointed Ghana in the direction of Rwanda where there are such regulations that church leaders needed to satisfy to lead a congregation.

Persons who flouted regulations will face the law – Lands Minister