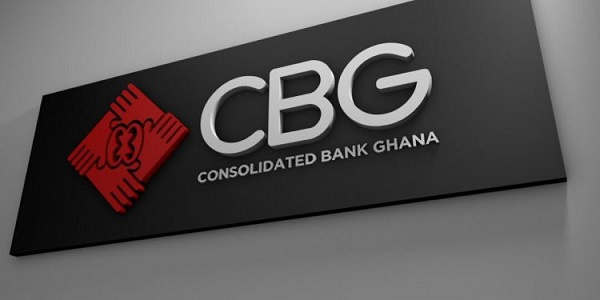 Governor of the Bank of Ghana, Dr. Ernest Addison, revealed that government gave the Consolidated Bank Ghana GH¢3 billion from the pledged total of GH¢6 billion to aid in easing liquidity issues.

This was done after the Premium and Heritage Banks had their licenses revoked in addition to five other banks including Beige, Sovereign, Construction, UniBank and Royal Bank

The Bank of Ghana revoked the licenses of these banks and merged them to form the Consolidated Bank Ghana.

Read the full story originally published on January 14, 2019 by goldstreetbusiness

The Central Bank has made funds available to the Consolidated Bank Ghana (CBG) received from bonds issued to cater for the running of the bank following the absorption of seven liquidated banks, the latest being Premium and Heritage Banks.

The two banks had their licenses revoked joining Beige, Sovereign, Construction, UniBank and Royal Bank which were merged into the Consolidated Bank.

Mr. Vish Ashiagbor of PricewaterhouseCoopers was appointed as Receiver for the two latest banks to have their licenses revoked.

According to Dr. Addison, Premium Bank would have been shut down in August 2018 but for its merger efforts at the time, which gained it some reprieve but which eventually fell through hence the license revocation.

Premium Bank was found to be insolvent as of November 30, 2018 with a capital adequacy ratio of negative 125.26 percent while Heritage Bank among other things obtained its banking license on October 4, 2016 with capital of questionable source. Additionally, the bank was unable to meet the new minimum capital requirement of GH¢400 million as of December 31, 2018.

The Bank of Ghana has also approved a Purchase and Assumption Agreement between the Receiver and Consolidated Bank Ghana Limited (CBG) under which the Receiver has transferred some assets and liabilities of the two banks to CBG.

Deposits of the two banks are safe according to authorities with customers assured they will have full access to their funds.

Meanwhile, industry watchers contend the CBG must go about the absorption of the Premium and Heritage Bank workers delicately and in a humane manner not to incur punitive costs.

For Labour Expert, Mr. Austin Gamey, given that labour cost is high and with 23 banks now in the system, competition will be very keen for clients deposits and other services hence should the staff from the two banks be surplus to requirement, they would just have to go home with adequate compensation.