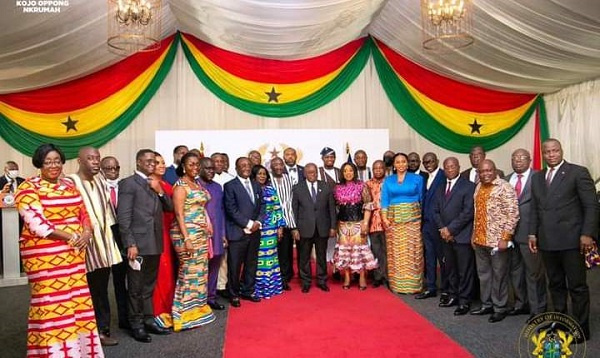 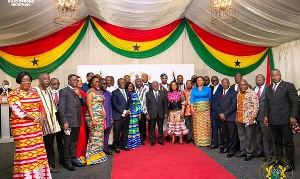 Information Minister, Kojo Oppong-Nkrumah has disclosed that President Nana Addo Dankwa Akufo-Addo has cautioned top appointees against putting their presidential ambitions in the way of their ministerial responsibilities.

Oppong-Nkrumah said in an interview on Citi FM’s Face to Face programme that the President has at cabinet level asked appointees to be fully focused or to excuse themselves from his government.

“He (Akufo-Addo) is appreciative of how it (flagbearership jostling) can affect the performance of his government and I believe he won’t upset him when I say that he has had occasion at cabinet meeting to say that he does not expect anybody to be derailed by that.

“If you are of the view that you cannot 100% function as a Minister, may be you should let him know and take a back seat because he wants full attention on the job. He has been very clear that he wants people focused on the job,” the Ofoase Ayirebi MP stated.

Vice President Mahamudu Bawumia and Trade Minister Alan Kyerematen are known to be frontrunners in the race to lead the New Patriotic Party, NPP, into the 2024 elections.

President Akufo-Addo is in his second and final term of office and the NPP is gearing up to elect a candidate for the 2024 Presidential elections.

Akufo-Addo is on record to have warned all aspirants to desist from allowing their aspirations to negatively impact delivery of the government’s mandate.

The party has also cautioned against any form of campaigning in respect of the next flagbearership elections slated for sometime next year.