Mzvee Flaunts Her Brand New Car Which Costs Nothing Less Than Ghc100,000(Video) » ™ 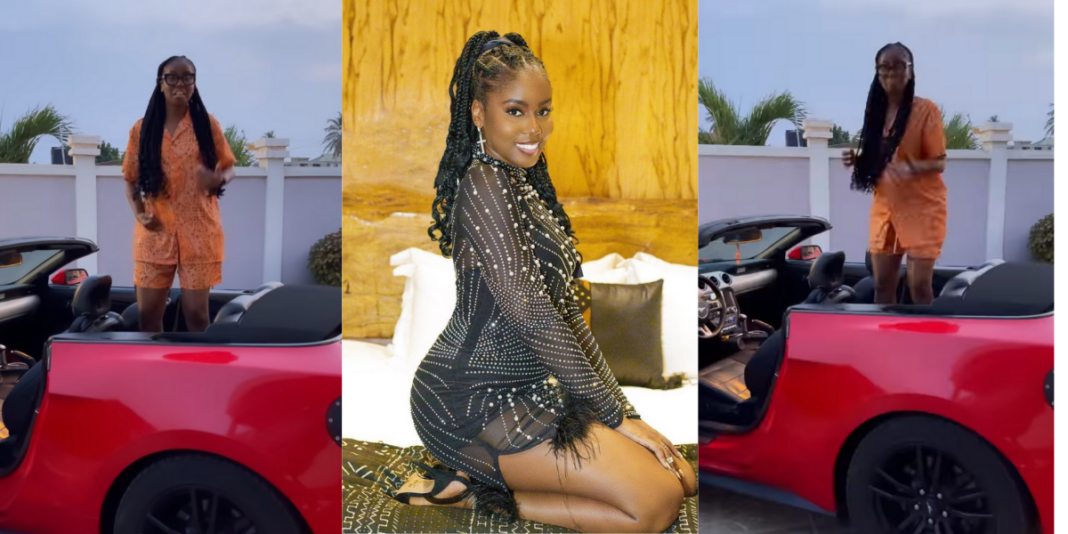 Ghanaian songstress Mzvee after announcing her comeback to the music scene after taking a long break has seen some tremendous improvement in her craft and how fans react to her songs and performances in recent times is mind-boggling.

She has been one of the talked-about female musicians who have worked their way through very difficult situations and still making waves regardless. We know its quite difficult to gain maximum attention like one used to have after taking a long break from the music scene

Last December was a very good one for her as she performed at almost every big show in the country like those days when she was at the peak of her career.

Well, the sleepless nights in December have really paid off; she has acquired a brand new Mustang Convertible, a sports car that costs nothing less than a hundred thousand cedis (GHc100,000).

We believe the car is hers as she blocked comments under the post and her caption also gave her away.

Congrats to Mzvee, we wish her many more of such blessings and hope she keeps giving us hits after hits like she used to.

Watch the video below and share your thoughts with us: