Barcelona confirms the exit of another star 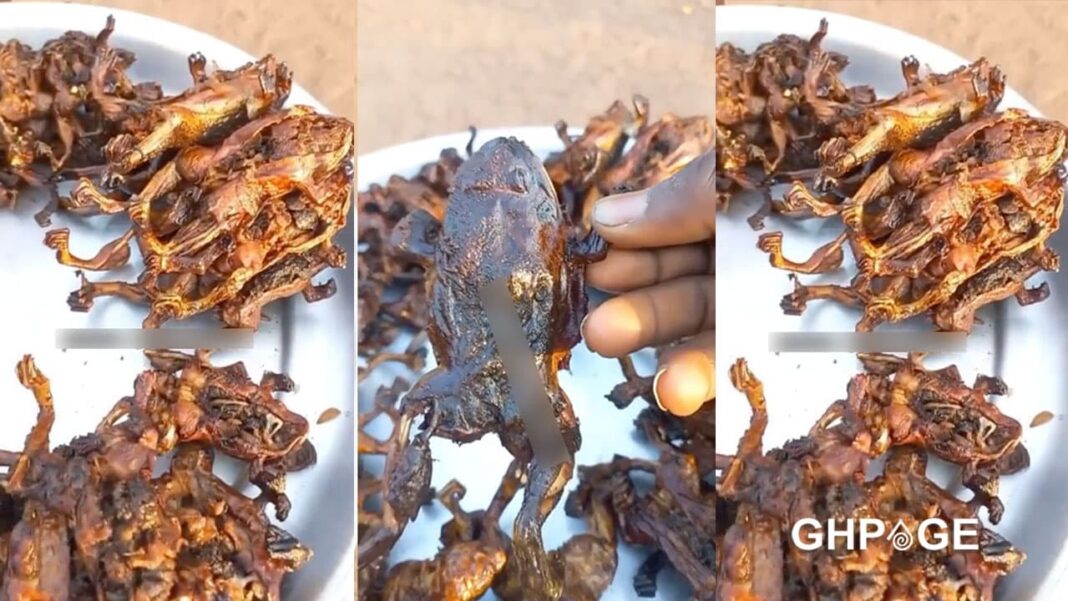 A viral video circulating on the internet that captures a little girl hawking what vividly looks like roasted frogs on the streets of Ghana has got many cringing with utter dismay.

Although the consumption of frogs is a revered delicacy among the people of China, it is alien to their counterparts in Africa.

Just the mere sight of the tailless amphibian gives many people in Ghana goosebumps, not to talk of having it served on a plate as a meal.

But this has not stopped a determined entrepreneur from venturing into the business of selling frogs as a delicacy to make earns meet.

In the widely circulated video, the young girl whose face was not seen disclosed the price of her merchandise ranges from GHC1 to GHC3.

The small size roasted frogs sold at GHC1 whiles the larger ones sold at GHC3 as she is heard in the video conversing with a young man who inquired about the prices.

While many are yet to come to terms with this spectacle, this video has proven that not all Ghanaians despise the meat which is predominantly eaten by the people of China.

Barcelona confirms the exit of another star