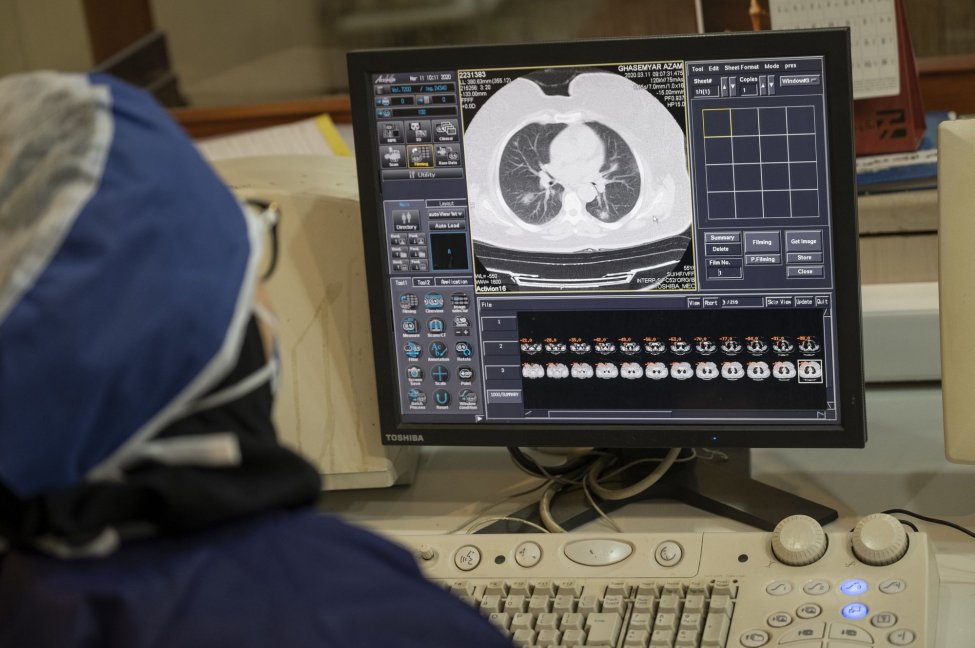 The Omicron variant of COVID-19 appears to cause less lung damage than earlier strains, according to studies in animals. File photo by Morteza Nikoubazl/UPI | License Photo

Jan. 3 (UPI) — The Omicron variant of COVID-19 may cause less severe illness than earlier strains of the virus because it attacks the lungs differently, a study posted online Monday found.

In research with mice and hamsters, animals infected with the Omicron variant of the virus had less damage in their upper and lower respiratory tracts, said researchers from the United States and Japan.

In addition, the strain that first emerged in South Africa in late November has a “lower viral burden” in the nose, throat and lungs, which essentially means there is less virus in these locations and less chance for spread to other parts of the body, they said.

The mice and hamsters in the study, which the researchers intentionally infected with the Omicron variant for the experiments, showed evidence of “weakened” infections in the lungs and lost less weight than rodents sickened with other strains, a sign of less severe illness, according to the researchers.

“All indications point to a lesser severity of Omicron versus Delta, [but] it is difficult to determine what degree of lessened severity is due to pre-existing immunity or the intrinsically lower virulence of Omicron, as suggested by the animal studies, or a combination of both,” he said.

Research in Belgium, posted online last week, had similar findings in Syrian hamsters, though the results also have not been peer-reviewed.

Although evidence suggests that Omicron is more contagious than earlier variants of COVID-19, and that it spreads more rapidly as a result, it appears to cause fewer hospitalizations and deaths, based on current data.

Still, fears exist that hospitals nationally will still become overwhelmed with sickened patients if Omicron cases continue to rise, according to Bronwyn MacInnis, director of pathogen genomic surveillance at the Broad Institute of MIT and Harvard in Cambridge, Mass.

“We should not become complacent since our hospital system could still be stressed in certain areas of the country,” Fauci said during the White House briefing, last Wednesday.

“Increased transmissibility of Omicron resulting in an extremely high volume of cases may override some of the impact of the lower disease severity,” he said.

For this study, the international team of researchers, which included scientists from Washington University in St. Louis, Emory University in Atlanta and the University of Wisconsin, infected 129 hamsters and mice with the Omicron variant of COVID-19.

They then monitored the rodents in the study to see how the variant behaved once it entered their bloodstreams and how the animals’ immune systems responded, they said.

Earlier variants such as Delta have scarred the lungs and caused breathing difficulties in both humans and animals, the researchers said.

However, in the hamsters and mice in this study, Omicron caused much milder symptoms, they said.

“This was surprising, since every other variant has robustly infected these hamsters,” Michael Diamond, a virologist at Washington University and a co-author of this study, told The New York Times.