We Warned Them To Worship In Tadi: Home Of 5 Family Members Sadly Killed In New Year Accident Traced

The beginning of a new year is supposed to bring families and friends together. They mostly meet to discuss what the New Year has for them and how they can all contribute to making life better. It is however sad for any family to have five members being killed painfully at the same time. It becomes more heartbreaking if the cause of their deaths is as a result of road accidents. The situation is even more unfortunate when the death could have been avoided.

This is currently the sad news that has befallen a family at Kansaworado, a community in the Sekondi Takoradi Metropolis of the Western Region. It would be recalled a family of five, three children and their parents, were engaged in a deadly accident at Assin Anyinabrim in the Central Region of Ghana. They were returning from a watch night service in Kumasi when their Toyota Camry private vehicle with registration number WR-28-14 crashed with a truck that was traveling in the opposite direction. 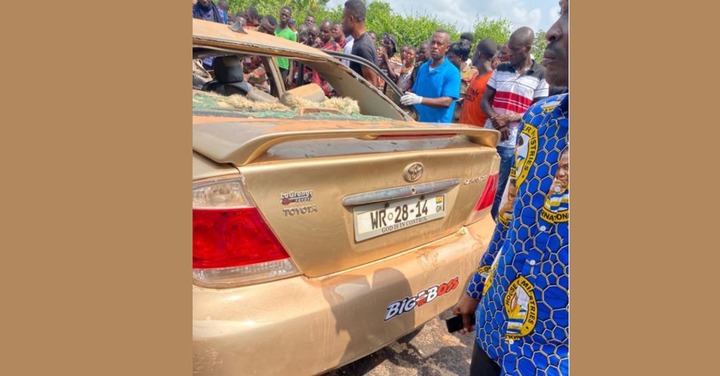 They all died at the spot with the only survivor who happens to be the sixth person receiving treatment at the hospital. Update of the sad news as confirmed by Nhyiraba Paa Kwesi Simpson of Connect FM monitored by BeaNana has it that the entire family hails from Kansaworado. During the 31st-night crossover service, they decided to travel from the Western Region to the Ashanti Region to worship in a church there. However, they, unfortunately, died in a deadly accident.

Some family members and neighbors of the perished family at Kansaworado have been shedding uncontrollable tears over the sad news. Some of them have indicated that they warned the family to worship with any church in Takoradi because they all serve the same God but they did not listen. However, they decided to travel to the Ashanti Region’s Capital of Kumasi for the service leading to their unfortunate deaths. 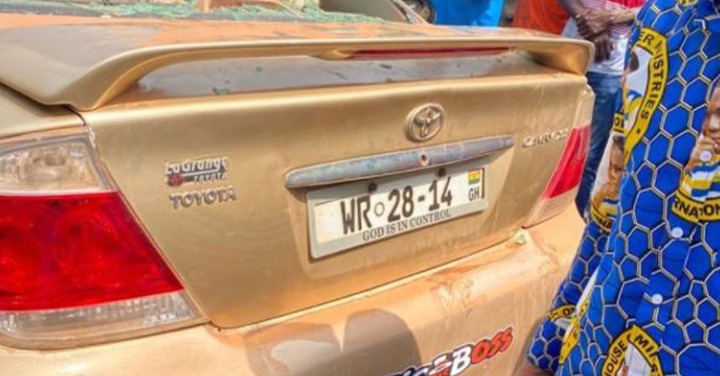 They believe that the accident could have been avoided if they had listened to them by staying in Takoradi for the same watch night service. Now, it is up to the family to ensure a befitting burial is provided for their dead relatives. This is sad news for the entire Sekondi Takoradi Metropolis. Just recently, two young daughters belonging to one family were also killed in the same Kansaworado area through another road accident. They have since not gotten over the trauma and now another has happened.