On Friday, family members, friends and residents who had attended the wedding of a man called Alfred Musa were shocked after the bridegroom stormed out of the wedding.

Sources indicate that Jackelin Wanjiru, the bridegroom, stormed out of the wedding after realising that the man she was about to marry was not working in a bank but was a taxi driver.

Alfred, the groom, told Jackeline that he works at bank he’s a banker while he was just a commercial bus driver he hid his job from her and lied to her. They have been seeing each other for four years, and on their wedding day the worse happened. 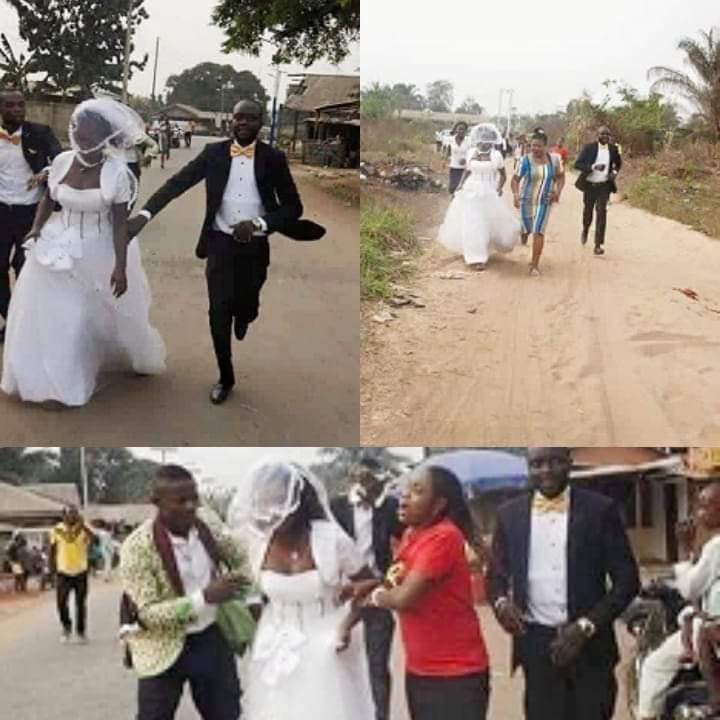 To this point, everything had been going smoothly until Alfred’s Job was made public by his friends who came to his wedding with their commercial buses. It was a shock to Jackline, who had no idea she’s been played for so long.

After only a few short minutes, her hopes of marrying a bank employee had been shattered, leaving her with a slew of questions. She ran away from the wedding ceremony like a bolt, unable to tolerate the intense heat any longer.

It was unclear why she walked out of the Church during the wedding ceremony. Her groom’s friends had to pursue her and inquire as to why she had ran from her wedding reception.

Then she revealed that Alfred had lied about his job all this while he told her he’s a banker while he was just an ordinary bus driver. The groom’s friends and relatives were unable to persuade her to return to the church so that the wedding could proceed.

When the wedding was called off, the groom had to return home alone. Many people questioned if Jackline truly cared for Alfred or if she was only interested in him for the money. Some, on the other hand, claimed that Alfred was fabricating his life and his job in order to appease Jackline. What do you think?

Like State’s Resources, Npp Sells More Bragging Rights To The Ndc And Mahama After This- Ghanaians