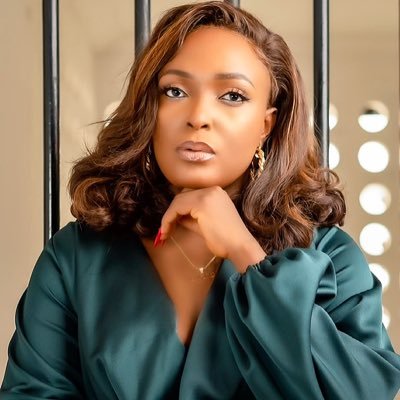 Blessing Nkiruka, a relationship therapist, has been chastised for allegedly flaunting her baby daddy’s house and then claiming ownership.

The house Blessing Okoro has been flashing on social media belongs to the father of her child, who is also married, according to a post shared by the controversial Instagram blog Gistlovers.

Remember how the relationship blogger recently took to social media to flaunt the massive mansion she built two years after she was embroiled in a messy feud with Onyeze over claiming ownership of a home that wasn’t hers?
The blogger also revealed the man’s identity by revealing his place of birth and occupation.

According to Gistlover, Blessing Okoro is both against and for the baby mama trend.

“Hello tueh tueh, yet for the second time Blessing don lie again , well I believe say anybody wey believe Blesing after the onyeeze saga Na mumu, the house wey this geh Dey shout up and down does not belong to her, it belongs to her baby daddy who is a married man, the wife of the baby daddy no born so the baby daddy and wife adopted two kids, Na only blessing born biological pikin for am, Na why this werey Dey jump like crayfish wey enter hot oil, don’t follow all these lifestyle on IG Una go just get hypertension, blessing is just flaunting for the man as Na Police pension money him take build the house, the man is from IMO state him name Na NN,He is the director at Police Pension Fhq Abuja, money meant for old people them carry an build house come use blessing as the face, she kuku happy when be say Na wetin she like be that, Omo ale oniro alara gbigbe , Blessing can’t boast of 5m as she is, she lives for the gram, always condemning Baby mama and she is sitting on the table, her own baby mama is hiding sef, house wife must not know her, Onyochi blessing, Motivational speaker that is not motivated, is that one motivational speaker,GUYS YOU ARE DOING SO WELL, forget all these hungry clout chasing motivational speaker. Full details later, I come in peace.” 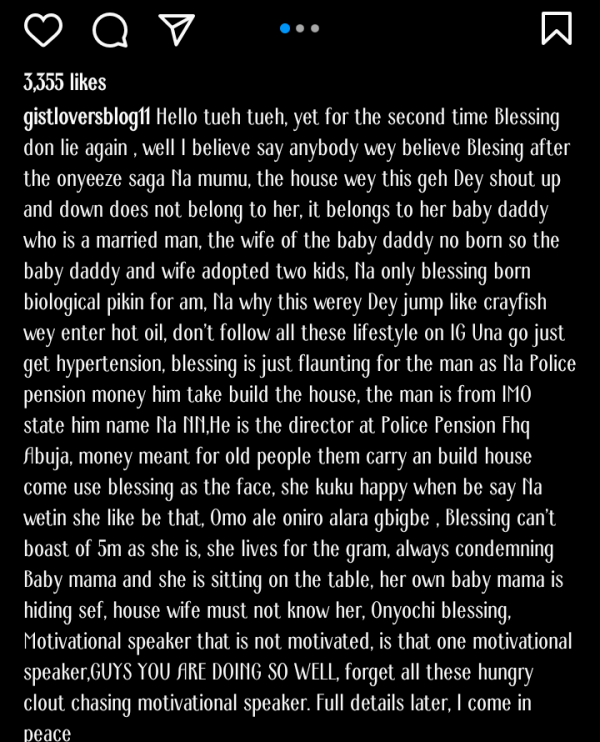