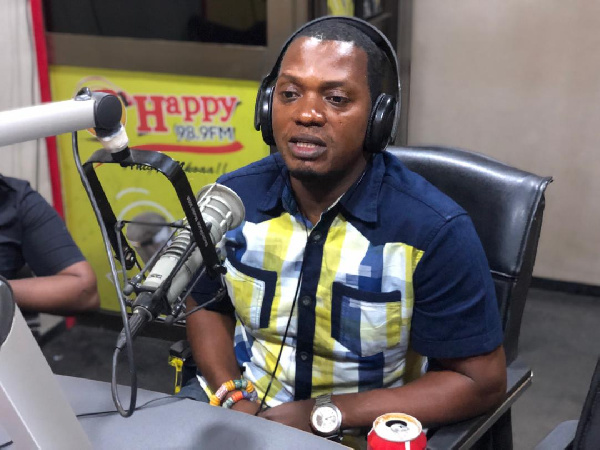 Popular artiste manager and entertainment pundit Kwesi Ernest has threatened to take legal action against websites purporting that he is the father of Joyce Blessing’s children.

Kwesi Ernest who happens to be Joyce Blessing’s former manager said he has chanced upon pictures of himself gridded together with the gospel singer’s three kids.

His comments follow reports that Joyce Blessing’s husband discovered that two of her children do not belong to him.

Other claims say a test conducted by Joyce Blessing’s estranged husband proves that out of the three children, one child’s DNA couldn’t match that of his genes.

Reacting to the development, a livid Kwesi Ernest denied ever fathering any of the children.

He thus registered concerns about the manner in which people are involving him in the situation.

The Media Excel CEO found it disturbing that people could accuse him of being the father of the kids, adding that his lawyers will soon respond to such individuals.

“I have seen pictures of myself gridded together with Joyce Blessing’s children and I find it worrying. People are alleging that, that particular child who doesn’t belong to Joyce Blessing’s ex-husband is mine. What I’m supposed to do as a lawyer, I’ll do. I have forwarded those pictures to my lawyer. At this point, I have to do all I can to protect my name. Those publishing the false stories about me should get ready for my lawyers”, he stated in a discussion with Peace FM’s Kwasi Aboagye.

“I’m not the one who conducted the DNA test so why should you tag me as the father of her kids?” he added.