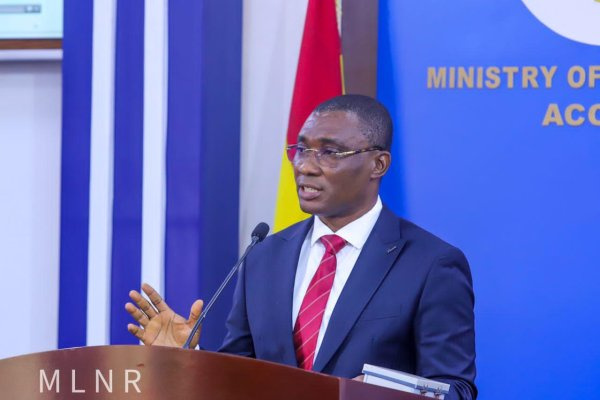 Mr George Mireku Duker, a Deputy Minister of Lands and Natural Resources in charge of Mines, has issued a stern warning to illegal miners still operating under the cover of darkness that government will continue to pursue them.

“Those who are determined to destroy our heritage, we will come after you and I’m using this medium to sound a stern warning to these recalcitrant illegal miners to refrain from mining in our river bodies,” he said.

He said government was aware of the new strategy of the illegal miners who had been working at night and that the military was reviewing its strategy to meet up with them.

Mr Duker gave the warning at the Minister’s Press Briefing organised by the Ministry of Information in Accra on Wednesday.

It was to update the public on government’s strategy to fight against illegal mining in Ghana and the successes chalked so far.

Presenting the updates on the fight against galamsey, Mr Duker said 265 equipment had been decommissioned by the Operation Halt Taskforce, including some chanfans, water pumps and excavators.

Twenty-six suspects were also arrested during a recent operation on River Ankobra between December 4 and 7, and handed over to the police.

Touching on the progress made with the Community Mining Scheme, the Deputy Minister said the Ministry had so far launched six schemes in some mining communities in the country.

Those six community mining schemes, he said, would generate about 21,000 direct and 10,000 indirect jobs for small-scale miners.

Mr Duker said the seventh scheme would soon be launched at Tepa in the Ashanti Region.

Government had implored the Agricultural Development Bank to set up a Minerals Development Unit to ensure that small-scale miners accessed credit facility for their operations.

As part of the many initiatives underway for the proper implementation of the Operation Halt II, he said the Ministry had rolled various initiatives such as the Equipment Tracking System, Practical License Verification and Traceability of Gold, geared towards the smooth re-tooling and regularisation of the small-scale mining sector.

On the way forward, the Deputy Minister said trained officers, including river guards, would soon be deployed to the various districts to monitor the activities of the miners and ensure that no one ventured into the “red zones”.

He commended the military for assisting in the fight against galamsey so far and called for media and public support to deal with recalcitrant miners to salvage the water bodies.