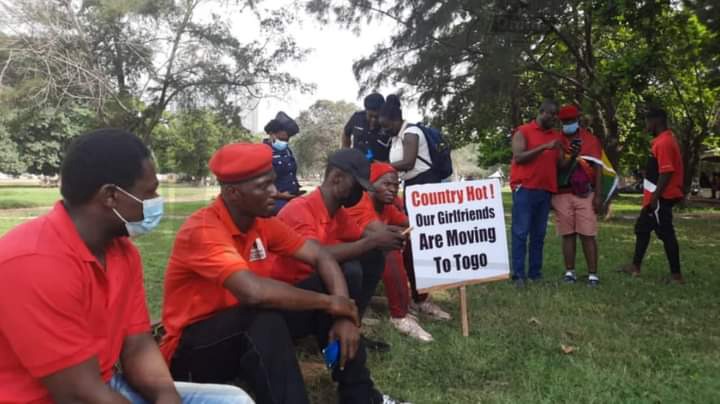 Members of the Justice for Ghana Pressure Group are embarking on a peaceful protest this morning which is expected to start at the Efua Sutherland Park and will see the protesters march to Parliament House where they will present a petition to the leadership of the Legislative arm of government. The demonstrators are marching against what they termed as general hardship and want Government to take immediate steps to resolve the everyday increase in prices of petroleum products, food and good services as well as transport fares. 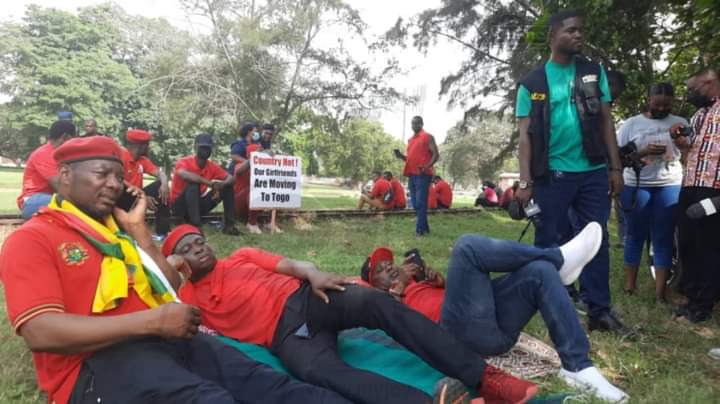 As they gathered adorning red and black attires to signify sorrow, the demonstators also have placards and one them reads: Country Hot! Our girlfriends are moving to Togo. For this particular protester, he may be participating in the demonstration with the fervent hope that Government take urgent steps to address the economic challenges that have bedevilled the country to avoid his girlfriend joining forty of women who according to him have since sojourned further east to neighbouring Togo. 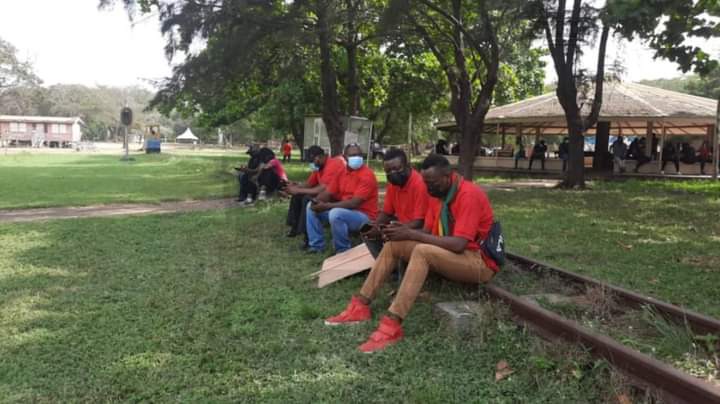 The demonstrators who are led by Bernard Mornah, former PNC General Secretary, had indicated to police during pre-protest meeting that they will gather at Efua Sutherland Park to march to the Parliament House. But the police realising that owners of venue have not been notified went out of their way to secure the park for them. 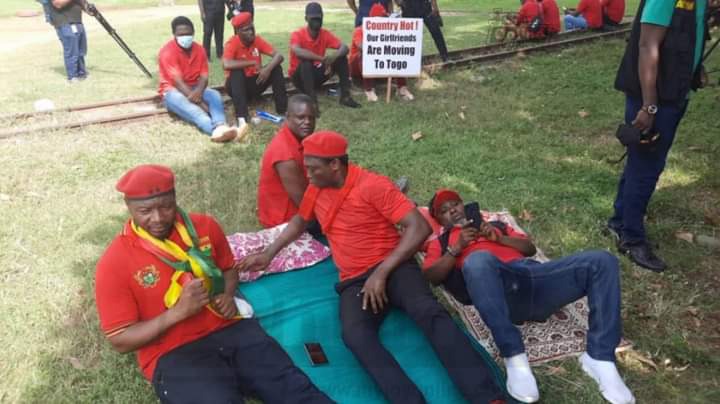 The group however may not be able to picket at parliament House until their grievances are addressed because of a high court injunction secured by the police who fears that the protesters forever presence at Parliament may be pose security threat to Members of Parliament and staff of theblegislature.

Content created and supplied by: Kumbundoo (via Opera
News )