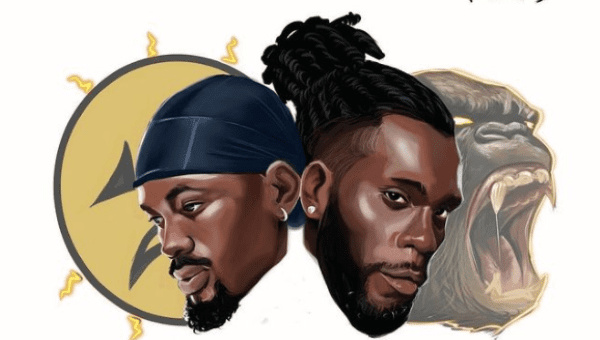 The second sermon remix was released on Wednesday, December 8, 2021, and has been massively jammed and welcomed by fans in both Ghana and Nigeria.

In an interview with Berla Mundi on TV3’s NewDay show, Black Sherif expressed his excitement about how the song has gained prominence in Ghana, Nigeria and worldwide.

He also revealed that he reinvented himself to suit the preferences of his fans.

He also said he is excited about his collaboration with Burna Boy for the Second Sermon remix. And that that has been his biggest collaboration ever.

“This is my biggest collaboration ever, and I am very happy to collaborate with Burna boy for Second Sermon remix”.

He thanked his fans for their massive support and promised more to come.

“The second Sermon was actually music I did in dedication to my grandmother. And it has ended up me collaborating on its remix with Grammy award-winning Burna Boy,” he concluded.

The original ‘Second Sermon’ was released in July 2021, produced by Stallion and mixed and mastered by Samsney.