‘Aubameyang Is Not A Leader’ 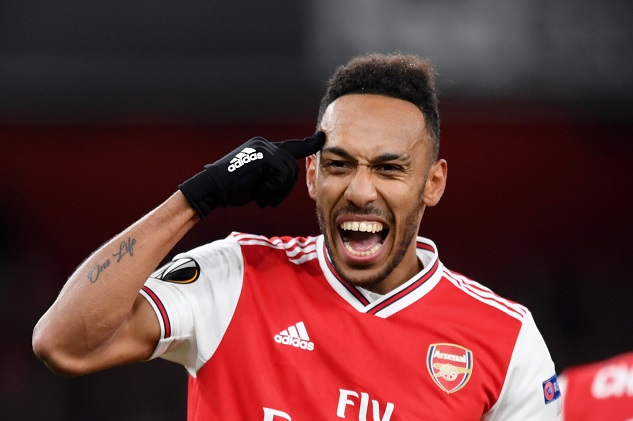 Arsenal captain Pierre-Emerick Aubameyang is not acting like a leader, insists former Liverpool midfielder John Barnes – who believes the struggling forward will leave the club soon.

The 32-year-old was dropped by Mikel Arteta in their 2-1 loss to Everton on Monday night, and the Spaniard opted to bring on Eddie Nketiah first at Goodison Park to help revive their fortunes up front.

Aubameyang was later introduced for the last few minutes but was guilty of missing a great opportunity to level the score after Demarai Gray’s late wonder strike, with many Gunners fans unloading their fury on the former Dortmund star.

He has scored just four Premier League goals this season and has looked short on confidence amid rumours he has fallen out with Arteta, and Barnes believes the club should cash in on him – and free transfer bound Alexandre Lacazette in January.

“Arsenal should look to replace both Alexandre Lacazette and Pierre-Emerick Aubameyang,’ he told BonusCodeBets.

“A move for Alexandre Lacazette from Arsenal has been rumoured for a while, so it’s likely he’ll be moving on. Aubameyang is also on a huge contract and whether he’ll receive that money elsewhere, nobody knows.

“Things aren’t exactly smooth sailing for Aubameyang at Arsenal. He didn’t start against Everton, and even Eddie Nketiah came on ahead of him.”

Barnes says Aubameyang is not acting as a leadership figure to the rest of the squad and feels Arteta’s decision to go for Nketiah instead of him on Monday night was the final straw of his time in north London.

“Aubameyang is an issue,” he added. “When you have a young team, you want your senior players to be leaders and Aubameyang, as captain, isn’t displaying those qualities.”

“This is the beginning of the end for Pierre-Emerick Aubameyang’s Arsenal career, because he’s their club captain, yet Mikel Arteta opted to bring on Eddie Nketiah against Everton instead.”