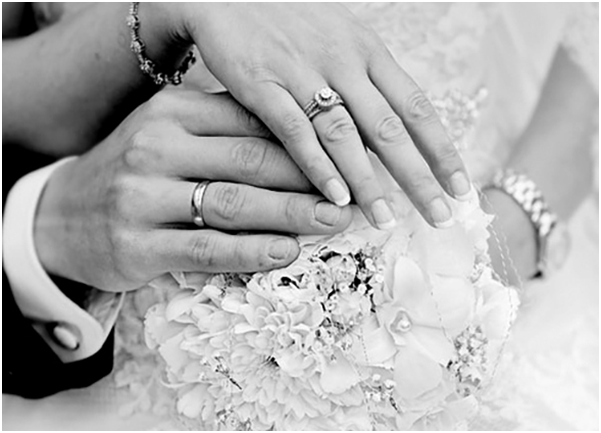 Lack of compatibility and communication are two of the most common reasons people get divorced. People who wish to enter into a lifelong marriage should definitely lay their expectations and history out on the table before saying “I do.” That way, they can at least be prepared for when they face any obstacle as spouses.

Bright Side is breaking down the things that people looking to get married might want to talk about before getting hitched.

How are we going to combine finances?

It’s important to plan how to handle the money you both are going to be earning moving forward. Each person may need to have their own separate stash in addition to one shared account that both spouses contribute to each month. A number of how much is needed monthly, depending on how much their salaries are, can be discussed and agreed upon. Also, deciding when the money from your joint finances can be used is also a valid question.

What is your exact debt?

Confirming each others’ real debts can help you both to plan ahead on how to handle them. Nobody would enjoy being ambushed with their new spouse’s debt upon getting married. Anyone would feel betrayed if they only found out about the actual amount owed by their partner after the wedding. Plus, this could really affect the trust they have in their partner.

How are we saving for our retirement?

One day, everyone has to retire from work. And being married means needing to include each other in your retirement plans. You would need to plan to at least have enough for two people and include the possible medical costs in case either of you gets sick.

Do you plan to have kids?

Not everyone who wants to get married wants to have kids. And even if both spouses want children, there are other things to discuss, such as parenting styles, what you’d do if the kids have disabilities, or how you’d react if they grew up to be different than what you expected.

What will you do if we’re unable to have kids?

For some people, having children is a must. So if for some reason a couple can’t bear children, they would need to think about what to do next. They might choose to adopt a child, to get a surrogate, to go through IVF, or to get a divorce and marry someone else.

How will we split our chores?

Chores might seem like a trivial thing to talk about, but they could be a trigger for a full-blown fight. This is because a person might feel overwhelmed doing all the chores by themselves. To make sure that there’s peace in the house, it would be better to talk about the chores each person is in charge of.

What do you consider cheating?

We might think that there’s a universal understanding of what cheating involves, but the term could mean different things to different people. For example, one person may think that kissing is cheating, while another might think that just meeting up with an ex is unacceptable. There are also people who think that falling in love with someone else is cheating. Therefore, a couple should talk about how comfortable they are with each other’s closeness to other people to avoid a misunderstanding.

What are your dreams and future plans?

“Where do you see yourself five to 30 years down the road?” This may sound like an interview question, but a person’s aspirations may not fit in with their partner’s idea of what it means to be happily married. For example, one may be willing to struggle as an artiste before making it big, and the other may just want a stable life with a steady income. Asking this question could help people to picture what their shared life is going to be like.

What are your deal breakers?

Everyone has their own pet peeves, and it’s wise to tell each other what they are so that living together will be bearable. For example, a person may have the need to keep everything in order, while the partner may feel more at ease in a more chaotic environment. If these things are discussed early, a compromise could be reached.

How do you plan to care/provide for your parents?

Parents will get old and perhaps even ill, which means they may need to be taken care of. Decisions like whether or not you want to live with them, who’s going to take care of them, or how much you want to allocate to provide for them are all good to include in the list of things a couple should consider before getting married.

Being biologically compatible is vital, particularly if both of you are expecting to have kids. At the very least, they could be honest about each others’ physical and mental health history, including that of their respective families. That way, they can mentally prepare for what may come in the future.

Where do you want to live?

Though this may seem obvious, people might neglect to talk about this before they get married. Whether they should settle in the countryside or the city could make a huge difference in the life they’re about to share. It might also lead to dissatisfaction if one of the spouses wants to live in an apartment and the other dreams of living in a house with a porch out front. Arguments could break out if one expects to live near their friends or family while the other thinks the home is only a temporary abode.

How much time do you want to spend together?

Though marriage usually means living together, it doesn’t mean the couple needs to spend all their time together, 24/7. They are still individuals with their own needs. Sometimes, they’ll need to give each other space and have me-time. Some people may want more space than others, so it’s worth knowing what is expected from each other before getting hitched.

What do you want to happen after you die?

This may be one of the hardest things to bring up, especially when people are just about to celebrate sharing a life together, but it’s crucial to be on the same page. People tend to have a preference of whether they get buried or cremated after they pass away. And everyone has a different opinion on what they want others to do if they’re on life support.

What are your expectations for our social lives?

Once married, people are expected to show up at certain events together. But sometimes, even married people want to hang out with their friends without their spouses being there. So it may be worth discussing what social events they intend to attend together and who they should get to know once they tie the knot.