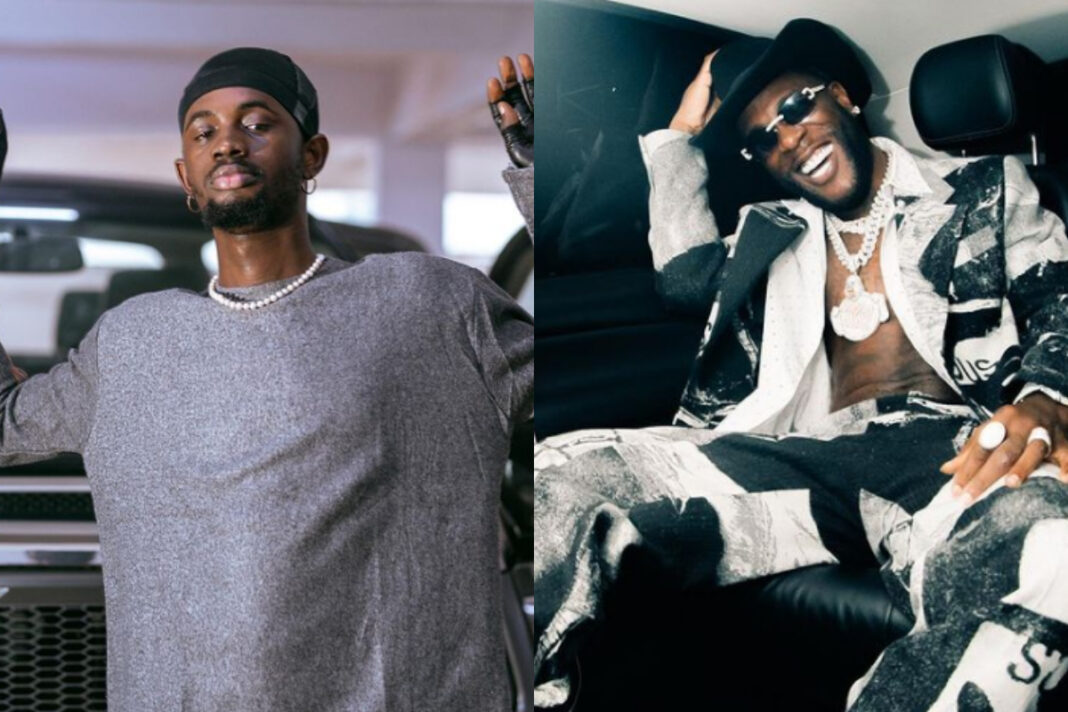 READ ALSO: ‘Afia Schwarzenegger Cannot Stand Presence, She Always Escapes From Me When She Sees Me’-Kumchacha Says After He Was Snubbed By Afia In Public [Video]

This comes shortly after he collaborated with the trap/hiplife sensation on his “Second Sermon” remix. The much-anticipated song has got a lot of Ghanaians talking as many heap praises on the Nigerian singer for blessing the young talented Ghanaian singer with a verse on his most popular song.

However, a few are of the view that the remix version of the sing has tainted the original song as they advise Black Sherif to have featured Burna Boy on another project and not this one.

Well, it seems Burna Boy wants to do more than feature Black Sherif on a song as he reveals his intentions to go on his next tour with him.

Burna Boy made the announcement on his IG story saying that his Nigerian fanbase as well as that of Black Sherif must learn how to sing the song word-for-word including the Twi version of the song before coming to any of his shows.

He wrote; @BlackSherif is coming on tour with me. Second Sermon Remix Featuring Me(Burna Boy) Out Now!! You Better Learn The Whole Song Before Coming To Any Of My Shows. Yes That Includes The Twi( A Ghanaian Language) Parts. Thanks. Love….Damini.