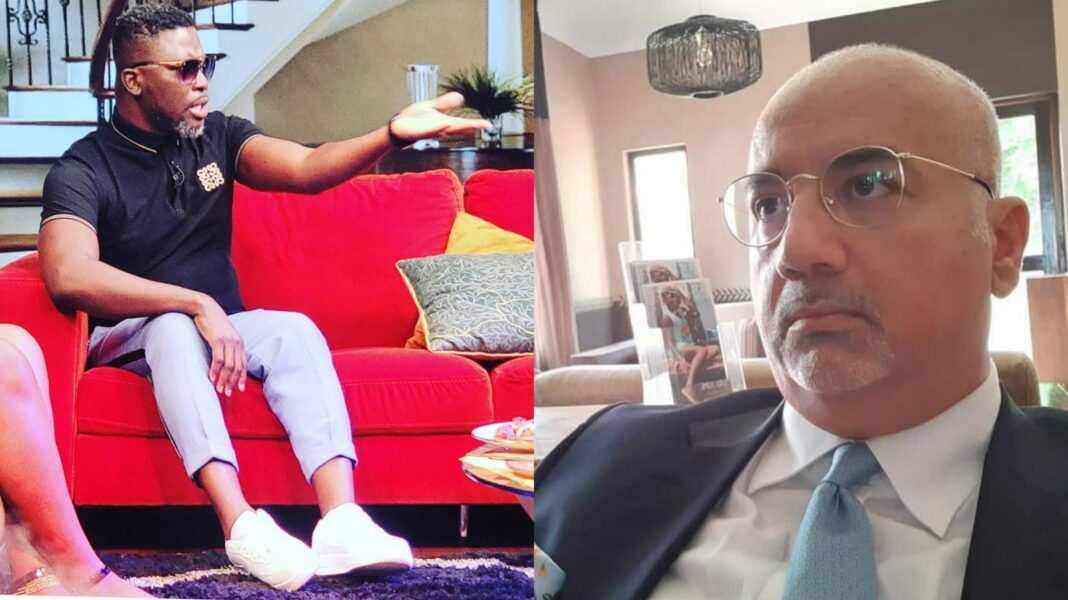 In a long post on Facebook, Kwame A plus wrote; “Hassan, I hear you have sued me. If it’s true come and serve me. The honorable court didn’t ask you to share it on social media.

You, that your ungovernable country called Lebanon, can any Ghanaian go there and misbehave like you do in Ghana? An Arab man has approached me that you scammed him $480.000. He is coming to Ghana on Sunday. That is him in suit. By Monday you’ll see your smoothness level.

You forged documents and took a house from some poor Ghanaians when their father died. You are evil!! Hassan. I’ll fight for the man’s children to get their father’s house back! If a judge ask me not talk about your crimes, including your threat to kill police officers, I’ll humbly respect the courts decision 🙏🏾

You see that your lawyer? He is the first person I worked on before I began the fight with you. And trust me, if he doesn’t respect himself errrh, I’ll take the fight to him! Is he not the one who was asked to apologise in the case I’ve attached? A Ghanaian defending a foreigner who has come to our country to threatened to kill our police officers; all because of money. You are surprised I have this publication right? And you Kofi at Daily Guide, gyimigyimi!! Ofui!! Tintinto!! You are the one sharing court summons to bloggers for coins. Your boss Freddy Blay was mentioned in Hassan’s dealings. Ask Freddy Blay if he knows Hassan. You don’t like peace right? If you don’t respect yourself errrh, the kind of people I’ll bring in this matter will shock you. Mo gyimi na mo de te krom ha no!! Me I’m so dirty!!

Listen carefully Hassan!! You have misbehaved in our country, cheated our people, threatened to kill our police, defrauded a lot of people. If you think I’m defaming you, sue me for defamation. You coward!! You scammed people to build that your Jamila Furniture Home! Criminal!! This attack from me is a well coordinated one. You say you have money? You’ll be surprised!! This fight is bigger than you entire life savings.