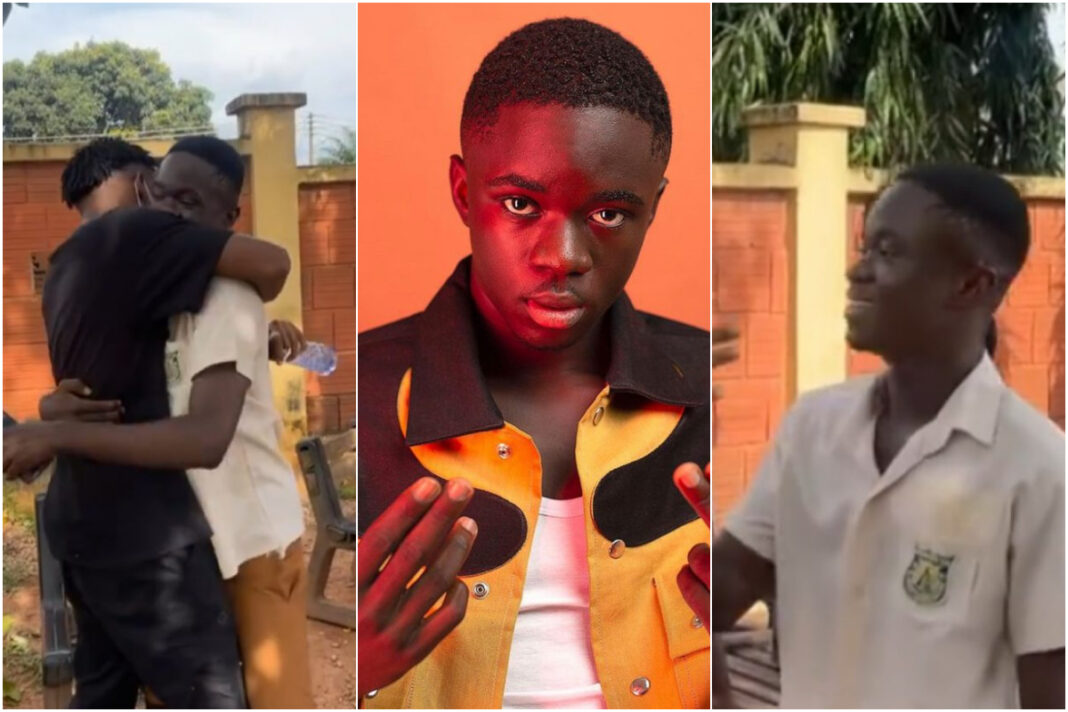 Remember that the Ghanaian prodigy sat for the 2021 WASSCE and as you could imagine- his result would be under scrutiny owing to his status as a celebrity whose fame spread beyond the shores of Ghana.

The ‘Sore’ hitmaker in a post on Twitter enquired from his fans whether it’s true that indeed the results have been released but comically added that he’s not asking for himself but for a friend.

“WASSCE RESULTS COME ANAA I DEY ASK FOR MY BROSKI,” he tweeted.

In other news, Kofi Kinaata bowed to Samini as a sign of reverence when he gatecrashed his performance at +233 Jazz and Grill inside Accra.

Kinaata never expected the evergreen Dancehall artiste to ‘pass through’ let alone perform to the teeming fans at his concert. For this reason, he was very surprised when Samini came to bless his program with an unforgettable performance.

He went down and held Samini’s leg but he stopped him from doing this after which he hugged him tightly. He then proceeded to perform to the expectant crowd who had double doses of what they bargained for.