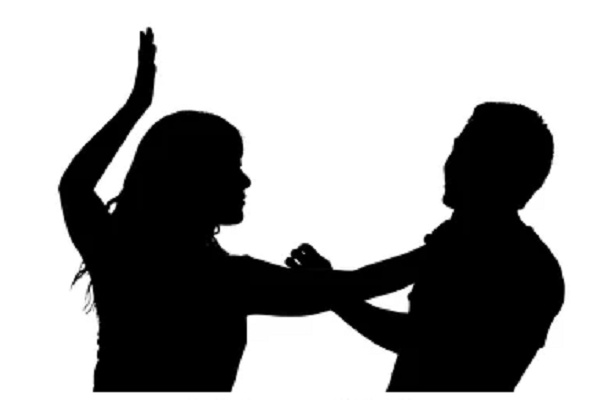 An angry wife, without hesitation, gave her husband a resounding slap following an accusation by the husband that she constantly keeps faeces and urine in their bedroom.

What was meant to be a settlement of a dispute between the unidentified couple who were seated in the studios of Adom FM turned into a nasty scene when the woman angrily assaulted her husband.

The man in a bid to register his displeasure about his wife’s misconducts during Adom FM’s ‘Obra’ show alleged that his wife pays no attention to personal hygiene.

“My wife keeps urine and faeces in our room. She keeps urine in the room for days”, the man who sounded frustrated remarked.

His narrative was interrupted by the wife who rebutted the claim.

She subsequently cautioned the husband to desist from spreading falsehood or face her wrath.

The livid wife threatened to slap the hell out of the husband if he continues to spew false accusations.

“Kofi, I’d slap you if you don’t speak the truth. I’d slap you here and now. I’m your wife and I share the same bed with you so why will you embarrass me here like that? All you’re saying about me is not true,” the woman said as she stood on her feet.

But the husband who claimed his account was accurate turned his cheek and dared the wife to slap him.

The incensed wife then gave the husband a slap across his cheek.

The studio panellists who appeared shocked by the woman’s conduct gazed at the couple in outmost amazement.

The show host on the other hand did not utter a word.