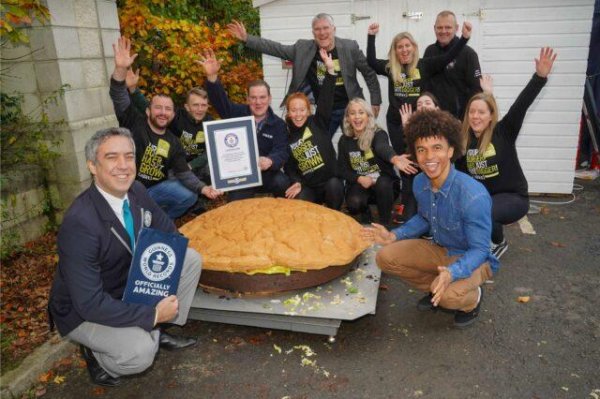 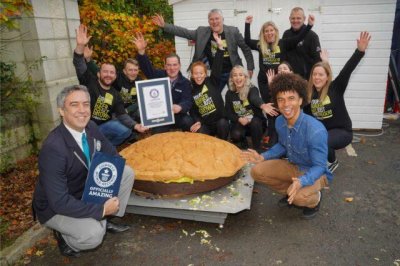 Finnebrogue Artisan, based in Downpatrick, County Down, said a team of 10 employees used the company’s Naked Evolution Burger recipe to create the patty, and local bakery Irwins was employed to bake the vegan bread bun.

Finnebrogue said the giant patty — the equivalent of 1,274 of the company’s standard-sized vegan burgers — took 9 hours to cook.

A Guinness adjudicator was on hand to verify that the finished product was a new world record for the largest vegan burger.

The burger was sliced into portions and served to Finnebrogue employees for lunch, with the remainder being donated to local homelessness charity The Simon Community.