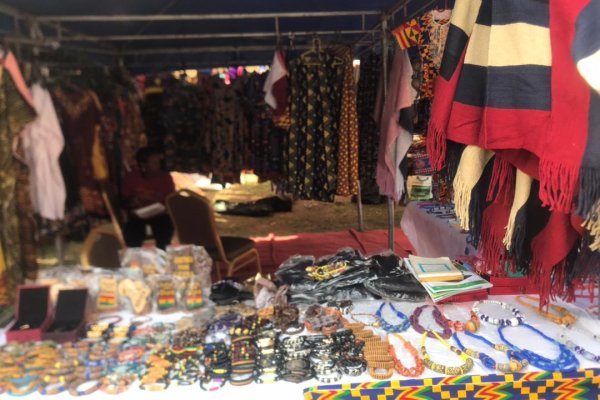 Cape Coast, Dec 07, GNA – The long-awaited Wakanda City of Return Expo 21 has been launched in Cape Coast with an exhibition of African artifacts, prints, and many others. 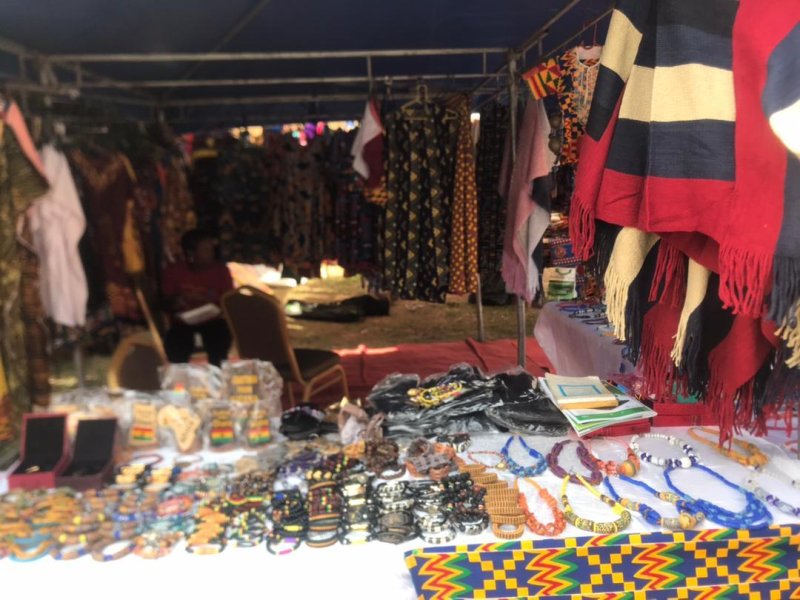 More than 100 tents and exhibition booths have been erected at the Pempamsie Hotel, which has been busy with the activities of exhibitors and other stakeholders.

Officials from the African Diaspora Development Institute (ADDI), Ghana Chamber of Commerce, Ghana Export and Promotion Authority(GEPA), Ministry of Trade and Industry, African Diasporans were at the official launching ceremony on Monday.

The 10-day event with delegates from the United States of America, Europe, the Ghanaian business community, Government departments, trade associations, traditional authorities, and the media attending, had created a common platform to highlight viable, ready-to-go opportunities for local businesses to share investments opportunities that will assist in wealth creation.

It formed part of the Wakanda City of Return Project which specifically focuses on linking potential investors, facilitating sector presentation as a form of discovering areas of interest, supporting women and children through partnership development with local businesses and Government, and developing a more comprehensive action plan based on the result of the Expo.

A cross-section of the exhibitors the Ghana News Agency (GNA) interacted with, said the fair had given them the platform to showcase their goods and businesses.
In a separate interview, the exhibitors expressed satisfaction with the sales made so far, saying the expo had met most of their expectations.

Mr Deladem Kisseih, the Marketing Manager of COA-FS, said the opening of the fair had increased patronage and networking had been great.

He added that they were looking forward to more of such events to display the country’s rich potentials to help boost national growth.

Madam Rita Ampiaba, a beads seller said she came to the fair with expectations of networking and would collaborate with other businesses for positive outcomes.

She said her focus was not on sales, but on creating the awareness that her brand was the best in Ghana and beyond.

“Some Diasporans took time to familiarise themselves with processes bead making and we are happy for the experience. We will be part of this next time,” she promised.

Mr Philip Gbevo, a made-in Ghana Yogurt producer, said he had made huge sales as the Diasporans enjoyed his products very well.

He called on Africans to patronage their products to grow the economy instead of resorting to foreign products.

Madam Abena Korsah, the Chief Executive Officer (CEO) of Vidash Catering Services told the GNA how sales bad been good throughout the expo, adding that a lot of Diasporans had promised to engage her services when the need arose.

“ I’m very happy, a lot of the Diasporans took my number to engage my services and I can’t keep calm”, she stressed.
The GNA also saw many visitors, including residents, patronizing the goods and services including Arts works, designer dresses, bags, earrings, necklaces among others.
Mr Kwadwo Lawrence, a visitor, said he attended the fair, not only to buy cheap products but to ensure that he got original and durable ones and also to network.
The Wakanda City Expo Fair, which started on Monday, November 06, would officially close on Saturday, December 13.
There would be several seminars, youth mentorship programs, musical concerts, exhibitions, and networking meetings, Diplomatic visits by Country Ambassadors, coupled with visits to some tourist sites, among others during the programme.