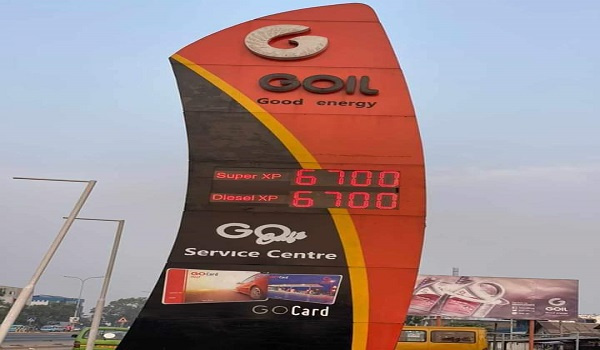 Commercial transport operators at the Lapaz, Madina, Adenta branch of the GPRTU have expressed dissatisfaction over the reduction of fuel prices by GOIL.

The commercial drivers embarked on a sit-down strike on Monday, December 6, 2021, to demand that government reduce taxes on petroleum products.

According to them, the taxes on fuel amounting to GHC1.90 are too expensive. However, in response to the strike which displaced a lot of commuters especially in the capital, Accra, government held a crunch meeting with leaders of the drivers’ unions.

The aftermath of the engagement was government’s instruction to Goil to reduce its prices effective Tuesday 7th December 2021.

Heads of the Lapaz, Madina, Adenta branch of the GPRTU told Ghanaweb they were not impressed with the intervention by authorities.

“It is the taxes that we want government to remove. We have been told that there are so many taxes on fuel amounting to GHC1.90. They should sit down with stakeholders and think about the way forward.”

“We do not want to increase transport fares, we want government to reduce fuel prices at all the pumps so that we together with our passengers can have our peace of mind”

“We don’t all buy fuel at GOIL so if just Goil reduces its price, how about the other fuel stations,” they said.

The motorists a 15pesewas reduction in the price of fuel, is not what they asked. According to them government should still work towards scrapping the taxes.

They also want other oil marketing companies to adjust their prices as well.