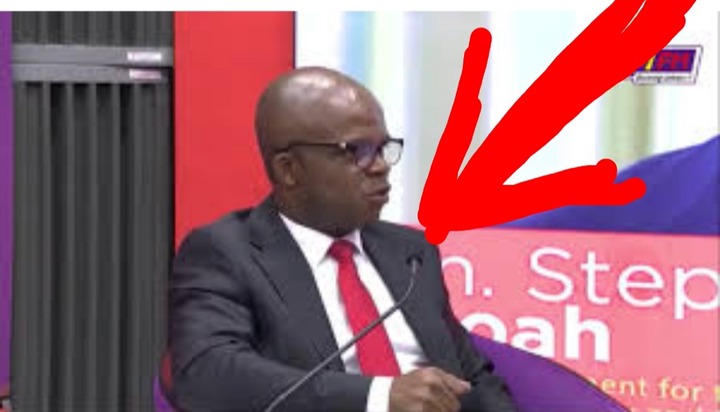 According to the reports, the Honorable Stephen Amoah was engaged in careless driving which is contrary to the road safety regulations of Ghana.

They added that, the member of Parliament shall be processed to appear before a competent court of jurisdiction to determine his fate.

The Ghana Police Service headed by George Akufo Dampare has strategised to make sure that anybody who goes against the rules of Ghana is dealt with. This is devoid of tribe, position, reputation or level.

Whatever happens shall be communicated to the general public as it unfolds.

Check out the confirmation by TV3 and the Ghana Police Service about the unprecedented Arrest. 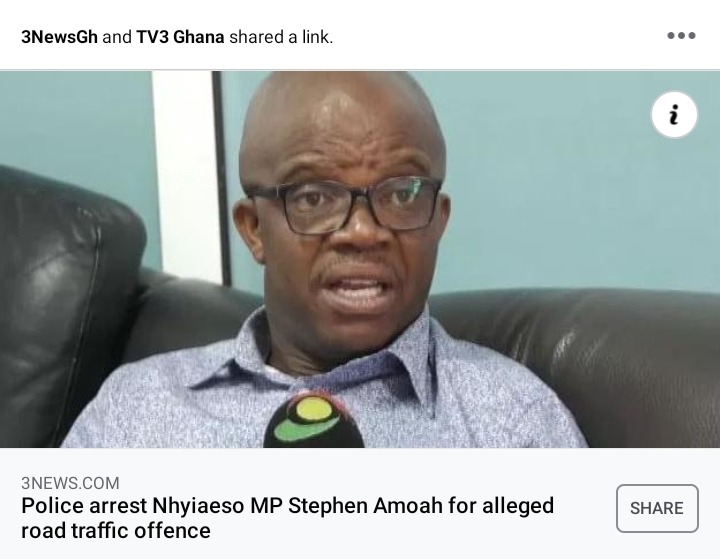 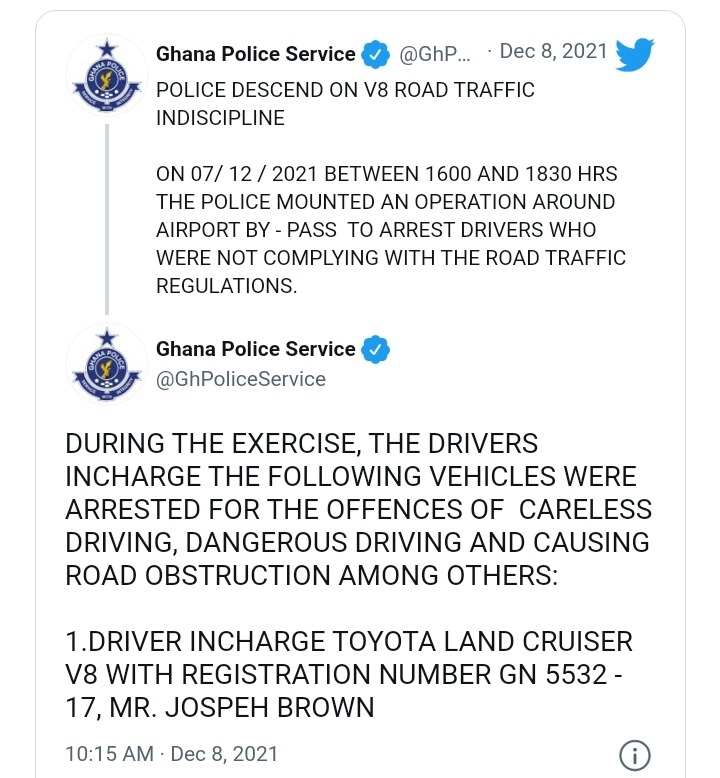