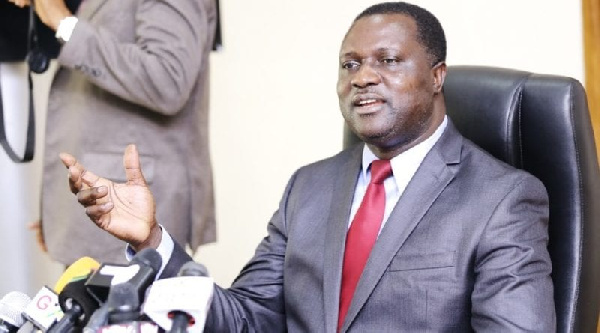 GES and MoE to organise Standardise Test on December 17

GES and MoE not adequately prepared for NST, says IFEST

The Institute for Education Studies has called on the Ministry of Education and Ghana Education Service to suspend the upcoming National Standardised Test to January next year.

IFEST says the Ministry of Education and the Ghana Education Service has committed what it describes as a dereliction of responsibility in its preparation for the test.

According to the Institute, the education ministry and GES despite having some six months at its disposal, failed to adequately prepare for the upcoming National Standardised Test.

In a statement signed by its Executive Director, Peter Anti, IFEST said the ministry and GES having failed to prepare for the conduct of the test cannot make students and teachers suffer for the incompetence.

The Institute for Education Studies (IFEST) has observed the obvious confusion that is engulfing the maiden NST.

“The announcement of the conduct of the NST was made in June 2021 by the Minister of Education and it was scheduled to initially take place in November and then subsequently shifted to December. The fact that the Ministry of Education (MoE) and the Ghana Education Service (GES) could not use six (6) months to plan for this is a clear indication of outright dereliction of responsibility and hence teachers and pupils should not be made to suffer.

“IFEST can state categorically that, MoE and GES are inadequately prepared to conduct the NST,” the statement said.

The NST is to be conducted for primary 4 students in public schools and has been slated for December 17, 2021.

According to the Minister for Education, the test is to enable the Ministry of Education generate data on the performance of pupils in English Language and Mathematics, and also improve on teaching and learning in public basic schools and not to grade the pupils.

But the Institute for Education Studies in their release has cited several reasons to back their position that the ministry and GES have not done due diligence ahead of the exercise.

“Fundamentally, the original mode of conducting the examination which was supposed to be school-based has been changed to cluster-based which brings to the fore issues such as: proximity of school or home and exams centres; the security of the learners and in the event that they will be transported, who pays for their transportation; anxiety level of learners due to change of environment and others,” the Institute noted.

“While describing the extension of the academic calendar as a result of the upcoming exercise as needless, IFEST has called on the Education Ministry and GES to suspend the conduct of the NST to a later date in January to “enable teachers adequate time to orient the pupils on all aspects of the test.”

Among other demands it is making, the institution says “the Ministry of Education and the Ghana Education Service will be held responsible by all other stakeholders in the event that things go wrong, if they do not heed to this cautioning.”