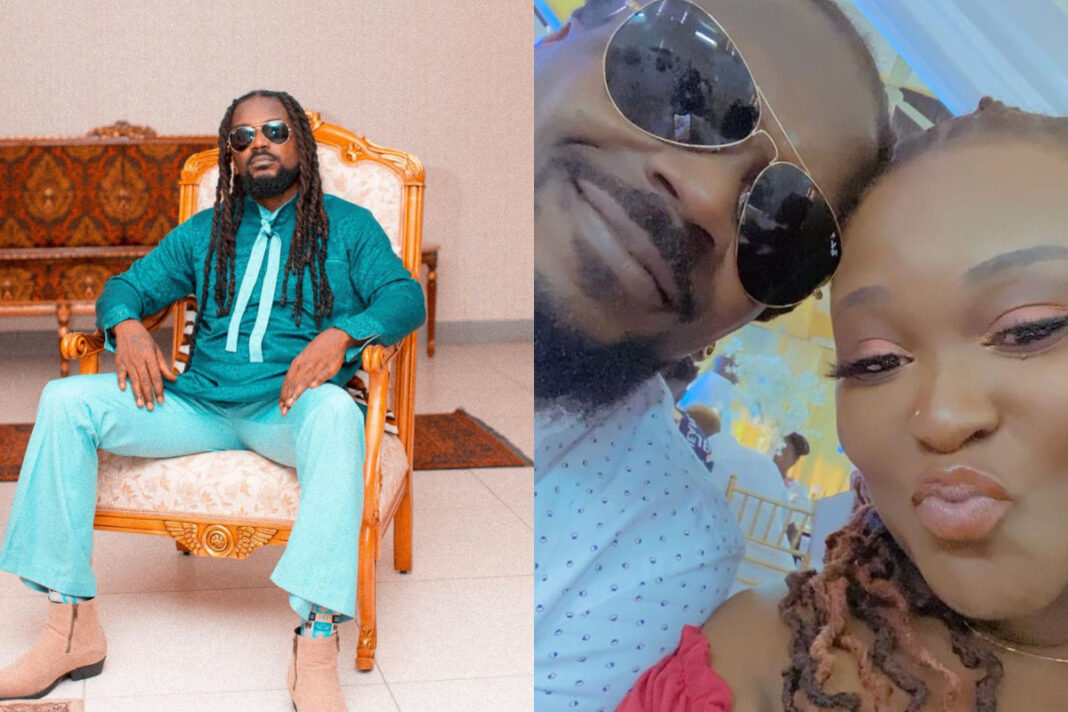 It could be recalled that the musician celebrated his wife’s birthday by sharing a photo of the beautiful lady and after it went viral, many people shared their thoughts about it.

He made this revelation on Angel FM’s Mid-Morning show, Y’Adwuma Nie, and in his submission, he stated that his wife celebrate her birthday on December 4, however, he never made a post on social media to celebrate her due to the fact that his wife is camera shy.

He added that two days after the celebration, his wife accused him of trying to be living a single life, and just to please her and also take that off her head, he had to celebrate her on social media.

it was her birthday two days ago but I didn’t post cus I didn’t have any current images of her or us so thot I’d just let it slide … not knowing she loves the posts 😂 but here’s the problem tho …. she no like pictures so she no get pics lol .. Our first daughter turns 18 in feb. and I can count the number of pics this lady has lol. Guys pls ff Wyfee on @mamfremah_0484 and tell her to post pics if she has any cus we out of material here 😂😂😂😂 ..,
Known you for over 20 years and counting
We’ve had 4 adorable kids “tho I got more 😁” .. you’ve been a mom to all my kids and all we pray for is #morelife and #goodhealth and #wealth for you #queensamini.
Chop life Wai #Akyesaaaaaaaaa
#saminixperienceconcert
#saminixperience
❤️❤️❤️”

Speaking about his marriage, he stated that he has been married for two decades for 20 years and they have been blessed with 4 children. Additionally, he stated that although he has other children with other women, he only has one wife.