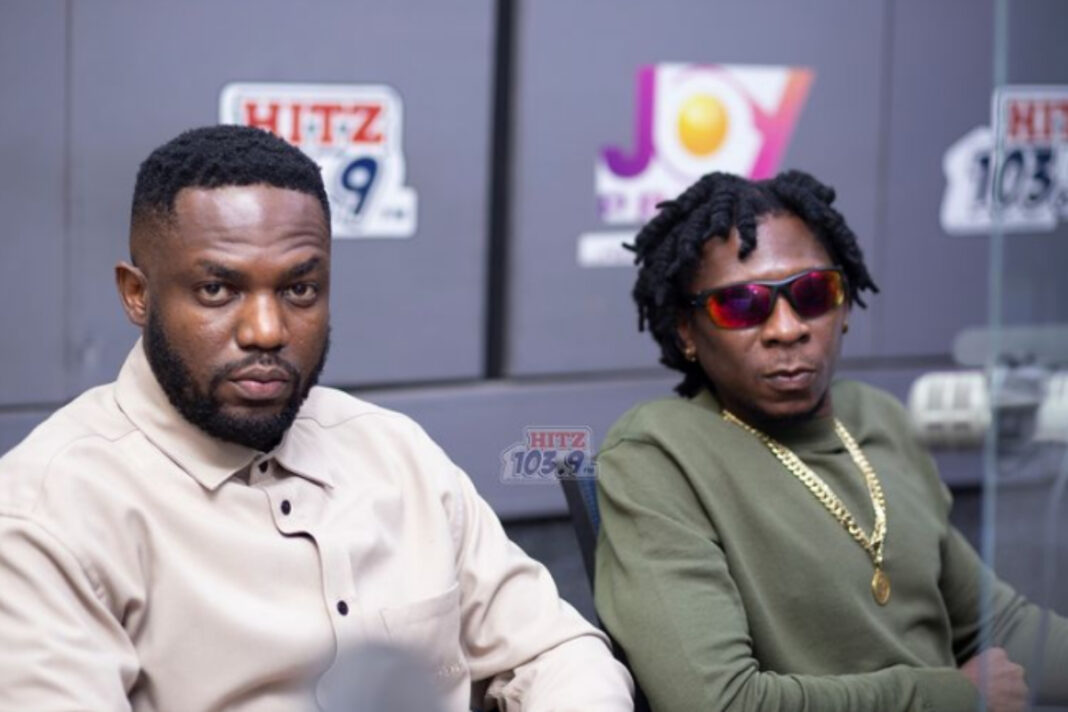 Rashid Abdul Mugeez, popularly known as Mugeez of R2Bees fame has stated that his partner and cousin, Omar Sterling is the best rapper in Ghana.

This comes after Mr. Logic, an entertainment pundit stated that Omar Sterling will definitely be included in the top five rappers in Ghana. He stated that the list cannot be made without including Omar Sterling’s name.

Omar Sterling has been tagged by many on social media as a wack rapper. Recall, Omar Sterling revealed that such comments motivated his decision to record his mixtape “Victory Through Harmony”.

Well, his partner, Mugeez has stated that Omar Sterling is the No.1 rapper in Ghana. He stated that any other rapper who claims to be the best should “go and sleep” because his cousin is the best rapper in the Ghanaian music industry.

In other news, a lady identified on Facebook as Jennifer Ama Honu has gone berserk on the Ghanaian musician, Stephen Fiawoo, aka Praye Tietia of the defunct Praye music group, leveling serious allegations against the musician for allegedly dumping her sister.

The lady while reacting to a news article published on Facebook stated that the musician has turned her sister who we are yet to identify a baby mama and dumped her afterward.

U made my sister a baby mama, dropped her n messed her bright future up till date- ofui boy, she wrote on Facebook.