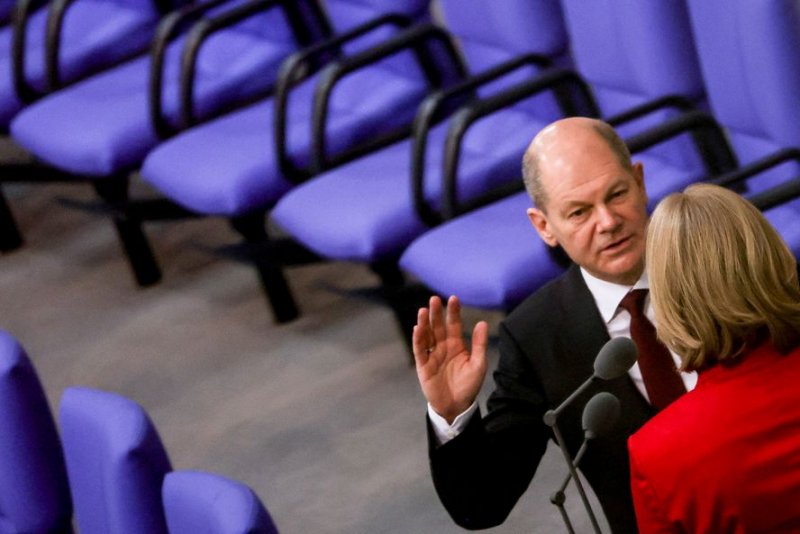 German Chancellor Olaf Scholz is sworn in on Wednesday by Bundestag President Baerbel Bas in the lower house of parliament in Berlin, Germany. Photo by Filip Singer/EPA-EFE

Dec. 8 (UPI) — Olaf Scholz on Wednesday officially succeeded Angela Merkel as chancellor of Germany, becoming the ninth person to hold the post since the end of World War II and beginning a new era for the first time in more than 15 years.

The lower house of German Parliament, the Bundestag, formally elected Scholz by a vote of 395-303.

Wednesday’s election came after the formation of a three-party leadership coalition, which will include Scholz’s Social Democrats, the Free Democrats and Green Party. The parties, which have traditionally been political rivals, tout the coalition as a progressive alliance for a new era.

It’s the first power-sharing agreement of its kind and the first governing alliance with three parties since 1957. 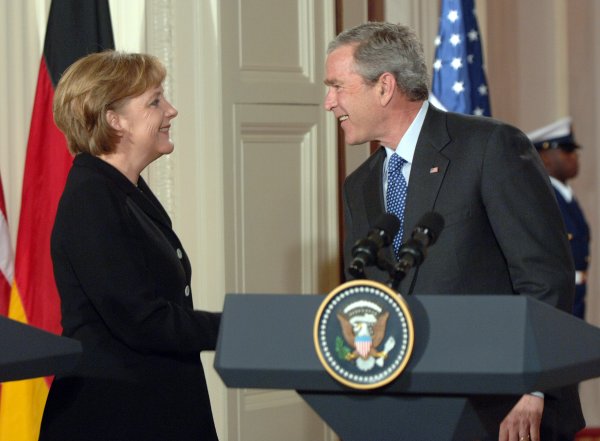 Scholz, 63, has been Germany’s vice chancellor and finance minister for three years.

Among other priorities, the new governing coalition will focus on raising Germany’s minimum wage, becoming carbon neutral by 2045 and ending coal-fired power plants by 2030. Germany also faces the ongoing COVID-19 pandemic. About 30% of Germany’s citizens are unvaccinated.

Scholz’s inauguration on Wednesday marked the first time Germany had a new leader since Merkel was elected in 2005 and became the country’s first female chancellor.

Some foreign carriers cancel flights to U.S. over concerns about 5G rollout