Ofosu Ampofo Planned Harm On Others 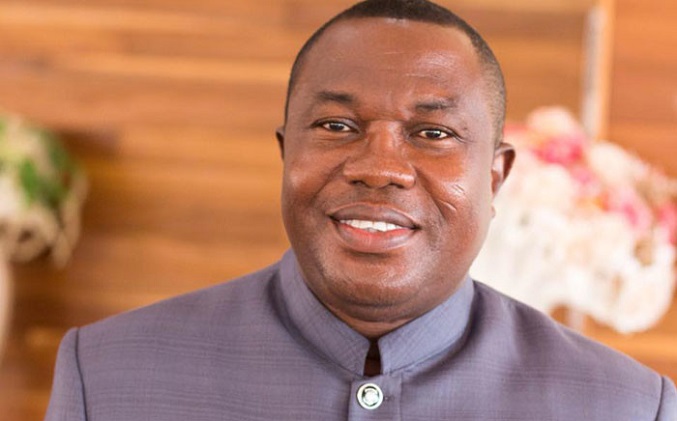 The police investigator testifying at the trial of National Chairman of the National Democratic Congress (NDC), Samuel Ofosu Ampofo and a communications officer of the party, Anthony Kwaku Boahen, has insisted that the NDC Chairman had planned to endanger the lives of other people.

According to Chief Inspector Bernard Berko, the leaked audio tape from a meeting organised for communicators of the NDC which was played in court, captured Mr. Ofosu-Ampofo planning to endanger the lives of the Chairman of the National Peace Council (Prof. Emmanuel Asante) and Chairperson of the Electoral Commission (Jean Mensa).

This, he said, was the reason why Ofosu-Ampofo and Kwaku Boahen who allegedly conspired to commit those offences, were charged and put before the court to be tried.

Chief Inspector Berko was responding to a question by Tony Lithur, counsel for Ofosu-Ampofo while under cross-examination on the basis for charging the two accused persons.

The lawyer had asked the witness whether an interview granted by Kwaku Boahen in the aftermath of the leaked tape that those in attendance supported what the party chairman had said, was the basis for charging the two with conspiracy.

“There was a plot to commit those offences and it was done by A1 (Ofosu-Ampofo) and A2 (Boahen) that was why they were charged with those offences,” the witness responded.

Mr. Lithur further asked if those comments in the interview were the basis of the plot as alleged by the investigator, and he answered that it was based on the plan to endanger the lives of others, that they were charged.

“My Lord, the audio was played in open court. A1 was heard planning to endanger the lives of other people, attacking the Chairman of Peace Council, Chairperson of Electoral Commission. It was based on those plans that they were charged before this court,” the witness answered.

“My question was about A2 (Boahen). Since you yourself admitted that you did not hear A2 speak during the meeting, was these comments which he made during the interview what you said constitute the plot?” Mr. Lithur probed further.

“My Lord, so many people attended the meeting but not all of them were heard. Also A2 in an interview said he was part of the meeting and he appreciates whatever A1 (Ofosu-Ampofo) said and he supports it. This is why he was charged to appear before this court,” Chief Inspector Berko responded.

“I suggest to you that A2 did not say in that whole interview that he supported what A1 said. The statement clearly was that his political party, the NDC supported what A1 was alleged to have said,” Mr. Lithur fired.

“On Page 7 line 9 of Exhibit 1 (transcript of interview), he said he appreciates whatever A1 said and he supports it,” the witness responded.

“Are you suggesting that when he said ‘we’ he meant he?” the lawyer asked, and the witness answered “It means he and others.”

Mr. Lithur then suggested to the witness that those others referred to as ‘we’ are the members of the NDC, and the witness said ‘that is so’, adding that “Since the meeting was meant for NDC communicators, it can be true the others are members of the same party.”

Hearing has been adjourned to January 18, 2022 for continuation.

Mr. Ofosu-Ampofo and one of the party’s leading communicators, Kwaku Boahen, are on trial over the audio recording containing the chilling strategies the NDC allegedly intended to use for the 2020 elections – one being the kidnappings of family members of political opponents.

Per the prosecution’s facts, they had planned to commit crimes in the country and turn round to blame them on the ruling New Patriotic Party (NPP) in the run up to the 2020 general election which the NDC lost.

Among the strategies were the creation of a general state of insecurity in the country through kidnappings, arson and verbal attacks on public officials like the Chairman of the National Peace Council, Prof. Emmanuel Asante, and Electoral Commission boss, Jean Mensa.

The audio detailed how Ofosu-Ampofo, for instance, was asking the party members to make those officials “know their lives are in danger” as well as taking the EC Chairperson “to the cleaners.”

At one point on the tape, the NDC Chairman appeared to express delight that their ‘tactics’ were working after he heard one of the targets was not able to sleep in the house.