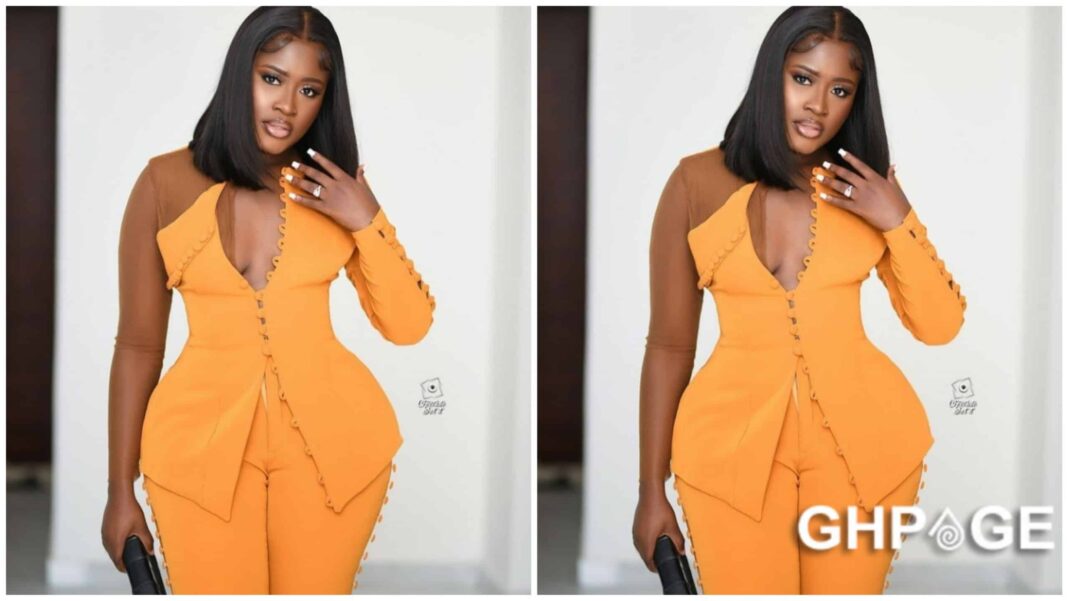 Many Ghanaians thought that Fella Makafui would refrain from posting suggestive pictures and videos on her social media pages after giving birth but it appears she’s not living up to that expectations anytime soon.

READ ALSO: Having sex outside marriage is not the most serious sin – Pope

In a new video that has been spotted on her IG page and received mixed reactions from netizens, Fella Makafui was rocking a hand-made bikini during a photoshoot.

Fella’s raw curves can be seen in the video as she left them bare for public view.

A high number of the comments under the video are full of backlashes and lambast as the commentators believe that she should behave like a married woman and mother for once.

@Xiga4Real for instance wrote; So now dier everythin u gals will post is all abt. Ass?