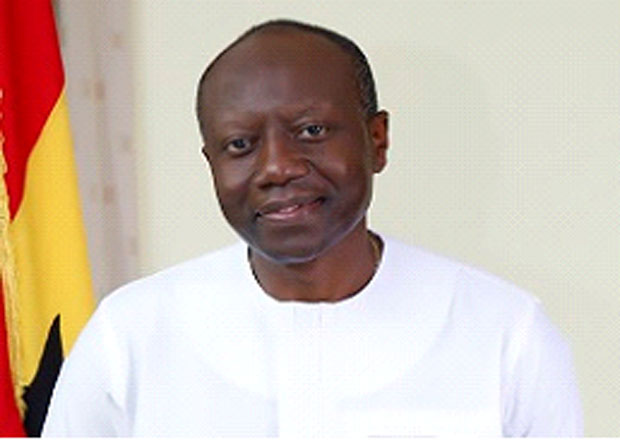 Parliament yesterday adopted the modification made to the 2022 Budget Statement and Economic Policy by the government through the Finance Minister, Ken Ofori-Atta.

This was after the document containing the modifications was laid in the House and commented on by the Deputy Majority Leader, Alexander Afenyo-Markin and Minority Leader, Haruna Iddrisu.

“I will direct that the statement as tabled is annexed to the policy document so that at all committee levels and discussions, you will take into consideration the document as has been laid on the table,” First Deputy Speaker, Joseph Osei-Wusu, who was in the Chair in the absence of the Speaker of Parliament, Alban Bagbin, said.

He explained that the motion on the Budget Statement and Economic Policy was adopted subject to the concessions after the Finance Minister had indicated that during his conclusion remarks.

However, the Minority Leader, Haruna Iddrisu has said the stance of his group on the e-levy remains unchanged, despite the various engagements with the Finance Minister.

“Regrettably and unfortunately, on the vexed matter of e-levy, we could not have agreement and consensus as captured by the Minister’s own statement in paragraph 7,” he stated and continued, “We believe that the e-levy is punitive; it will undermine our quest to grow a digital economy. It is seeking to tax transactions.”

“We are guided by the public good and we think that monies recoverable from the Auditor General’s report can as well compensate for the imposition of an e-levy. We on this side are unable to support Government in its quest to impose an e-levy at 1.75% on MoMo and associated transactions, including remittances and bank transactions,” he added.

“Therefore we stand opposed at every level that e-levy is introduced. We will stand united to oppose it because it will inflict hardship on the core-poor of the Ghanaian people,” Haruna Iddrisu (NDC Tamale South) stressed.

Deputy Majority Leader, Alexander Afenyo-Markin (NPP Effutu) said the beauty of democracy is to agree to disagree, adding, “For the records he (Haruna) concedes the Minister has listened to all the concerns raised by the Minority side and has addressed theme.”

“The sums that he addressed are very simple. The Ketu South, Keta and Anlo enclave and the issue of tidal waves and the desire of the people to have that infrastructure done to save lives and property, at least he has committed himself to these,” he stated.

On the e-levy, Mr. Afenyo-Markin said the Majority Caucus respects the view of the Minority counterparts, and indicated that “it is how that will apply.”

“He has assured that he is going to continue with the consultations and engagements. We are of the view the whole essence of democracy is not to shut the door, but to open it up for continuous engagement,” he concluded.

Mr. Ken Ofori-Atta announced that he had written to the Speaker of Parliament announcing the government’s decision to modify the 2022 Budget Statement and Economic Policy presented to Parliament on November 17, 2021.

“With regards to Agyapa Royalties Ltd, we shall amend paragraphs 442 and 443 to take out references to mineral royalties collateralisation. It is important to note that, any reference to Agyapa was for informational purposes, and as such was not reflected in the fiscal framework,” the minister had explained.

“In respect of the unfortunate tidal waves which rendered about 3,000 people homeless in Keta, Ketu South and Anloga constituencies, we shall make the necessary budgetary allocations of at least GH¢10 million to complete the feasibility and engineering studies for the coastal communities adversely affected. We will broaden the scope of the study to consider a more comprehensive solution to protect Ghana’s 540 km of coastline, including the 149 km between Aflao and Prampram,” he disclosed.

He said NADMO has responded to the humanitarian crisis created by the tidal waves on the Keta coastline.

On the Aker Energy transaction, the minister said “we shall amend paragraph 829 of the 2022 budget on the acquisition of a stake from Aker Energy and AGM Petroleum by GNPC, to reflect the resolution of Parliament dated July 6, 2021.”

On the benchmark values, the minister had said “we shall avert any hardships to importers and consumers while safeguarding the interest of local manufacturing industries to secure and expand jobs for our people,” adding “this administrative exercise which reviewed 43 out of 81 line items, has the objective to promote local manufacturing and the 1D1F policy, including the assembling of vehicles. It is important to note that this adjustment affects only 11.4% of the total CIF value, of which 50% is for vehicles.”

On the e-levy, the minister said “having regard to its serious fiscal implications, we will continue our consultations with the Minority Caucus in Parliament and other relevant stakeholders with the view to achieving consensus and reverting to the House in the shortest possible time.”

He then said the government is still holding consultations to capture all concerns before the implementation of the e-levy.

The introduction of the Electronic Levy (e-levy) expected to be at the rate of 1.75% when approved has become the main concern of the opposition NDC because they are claiming that when it is approved the e-levy has the capacity to bring in more money to enable the NPP government to fulfil its manifesto promises and at the same time dwindle the fortunes of the NDC by 2024 when the country goes for general elections.

The e-levy when passed is expected to come into effect on February 1, 2022, and will attract a charge of 1.75% of the value of electronic transactions, particularly Mobile Money (MoMo) transactions.

Per the arrangement, a sender, and not the receiver, would bear the cost of the 1.75 per cent charge on e-transactions that are above GH¢100.