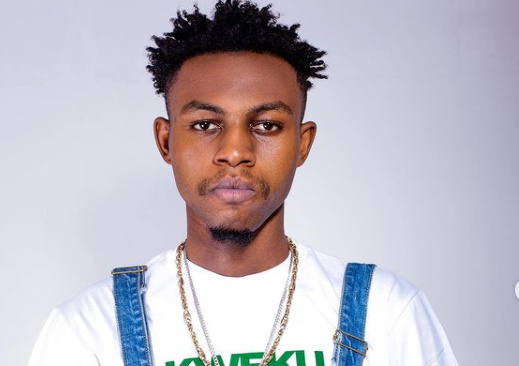 The above quote is from the King of Melodies and Money hitmaker, Kweku Flick expressing his unwavering yearn for money on The ONE Show with Tilly Akua Nipaa.

According to the young artist whose major hit songs revolves around the desire to make money and live a good life, the young champ believes that money answers all and there is nothing money cannot do.

“So I have Money and I have God, He gives life and money does everything so with the two, I am cool, in every song I make sure I mention God’s name and money”.

The Bye Bye Hitmaker also explains success as being real and having God. Stressing that without God he would not be successful “without God I can’t write, if I don’t pray I can’t write songs, I can’t do music”.

Contrary to the notion that his favorite subject matter, Money, may restrict him creatively, the young songwriters say that “it’s part of creativity so it’s cool, there are so many artists in Ghana but I stand for money so once you hear money you think of Kweku Flick and that’s cool and money shall never pass and that means I will never be a thing of the past.”.

Also, there seems to be a strong music wave in Kumasi where most of the artists in Kumasi mostly feature each other in the region and are a bit reluctant to feature others from Accra. Reacting to that Kweku flick said

“it’s not as though we don’t like to feature people in Accra but we have to raise Kumasi more because there are so many artists in Kumasi who need features like that to be projected into the limelight”.

Reminiscing on UK-based media, Noisey flying to his home in Kumasi for a documentary, on his music live, Kweku Flick stated that “It means a lot to me and it has also motivated me to work hard to achieve more, big shoutout to Noisey”.

In giving back to his community, Kweku Flick has revealed that he’s started a CSR for his school where he’s donating books and uniforms to his primary school. He’s also helping with the shapeup of the understanding of music in some schools in his locality

Finally, Kweku Flick speaks on his latest single, Attack that features prolific Rapper, Strongman, and what the song entails. Enjoy the conversation between Tilly Akua Nipaa and Kweku Flick on The One Show.