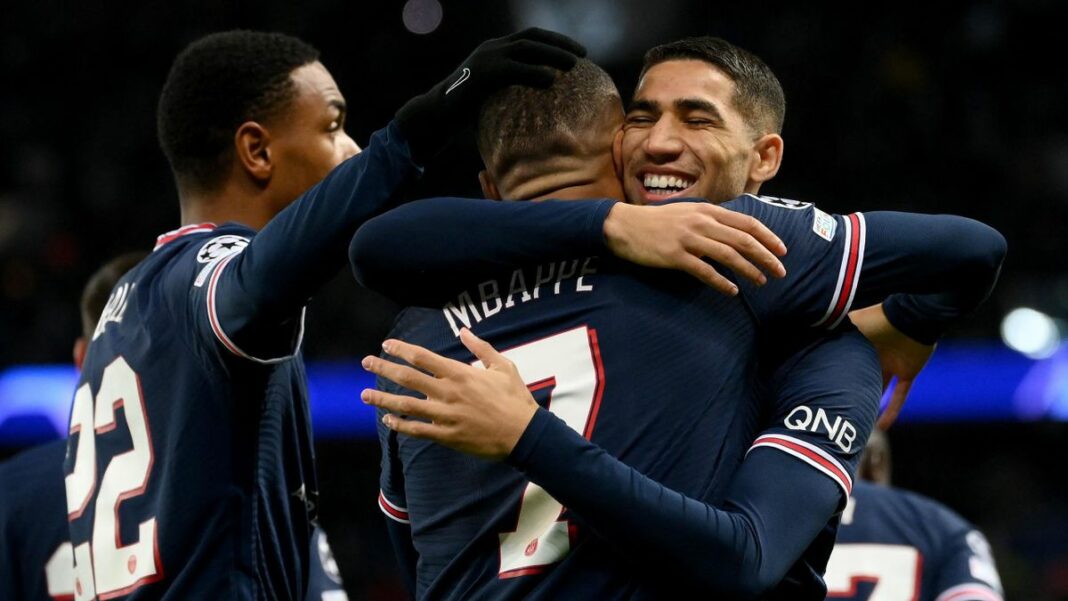 Lionel Messi and Kylian Mbappé both scored a brace as Paris St-Germain thumped Club Brugge 4-1, ending the Belgians’ hopes of qualifying for a Europa League spot.

The home side made a blistering start in Paris, racing to a 2-0 lead after seven minutes.

Mbappé took advantage of a poor parry from Simon Mignolet to stroke the ball into the net for his 30th goal in the Champions League.

Former Liverpool keeper Mignolet could do little about the second goal, Mbappé hammering a low volley past him from Angel Di Maria’s pass.

The visitors carved out a couple of opportunities of their own but found themselves 3-0 down before halftime after Mbappé found Messi who curled a trademark stunning shot from outside the area into the corner.

Brugge created a hatful of chances in the second half and their effort was rewarded when Mats Rits placed his first-time effort beyond Gianluigi Donnarumma.

But Messi had the last word as he often does, winning a penalty after having his ankle clipped and he dispatched the spot-kick emphatically for his sixth goal of the season.

PSG finish second of the group behind Manchester City while Brugge are bottom.