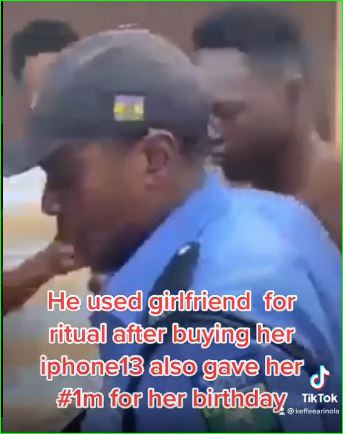 The person who posted this video did not give enough details of what happened but according to him, the young man got into a relationship with the lady not long ago. The lady used to visit this guy at his resident often and within the shortest possible time, this guy bought a new iPhone 13 mobile phone for the young lady.

The guy in addition gift the lady one million physical cash but a few days after this, the lady was nowhere to be found. Not knowing this gentleman had the intention from the beginning to use this lady for money rituals. Rumours surrounding this issue suggested that people close to this man suspected him of engaging in money rituals because he was not doing any proper work but always showing a flashy lifestyle.

You can see the young man in handcuffs and the policeman is taking him away. People at his residence were heard in the video hooting at him as he was being taken away. Some social media users after coming across this video said that some ladies are not smart at all. 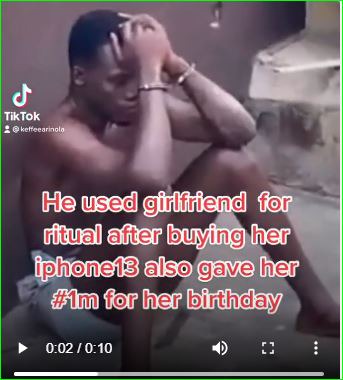 They meet guys and start buying them expensive goods and give them huge sums of money without ever asking where the money comes from. These ladies are occasionally aware that this man is not doing any significant work that will provide him with that money, but they seem unconcerned. This is the end of one lady and hope others will learn something from this. 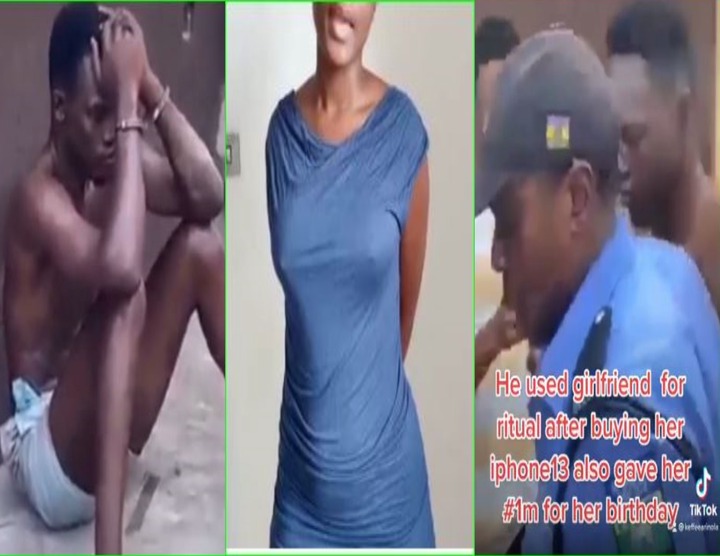