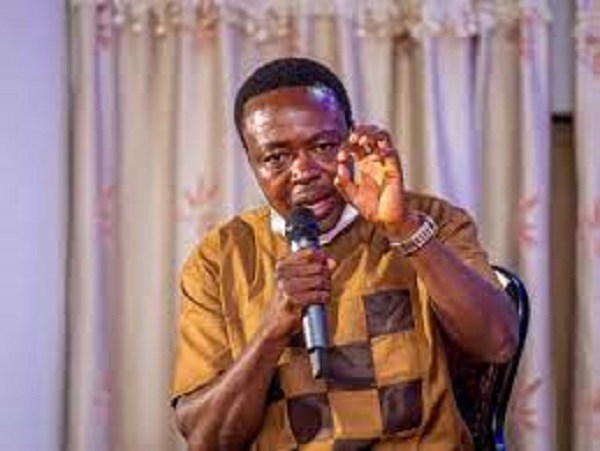 Head of Programmes and Advocacy of Peasant Farmers Association of Ghana, Charles Nyaaba

Mr. Charles Nyaaba, Head of Programmes and Advocacy, Peasant Farmers Association of Ghana, has reiterated the call on farmers to minimise the use of agrochemicals.

He said though agrochemicals were alternatives to labour, they had severe implications on crop yield when excessively used.

Mr. Nyaaba gave the advice in an interview with the Ghana News Agency (GNA) in Accra on Tuesday.

He said: “Though agrochemicals can clear three acres of land in a day,” they must be used with caution.

Mr. Nyaaba said indiscriminate use of the chemicals came with complications like cancer and leaching, among others.

He said though the Association developed an agrochemical manual in 2018 to educate farmers on how to use agrochemicals, Ghana had not been able to control their usage.

Mr. Nyaaba attributed the challenge to limited resources and called on the Government to invest in activities of extension officers and engagements with the media and farmers on the appropriate use of agrochemicals, underscoring the importance of such engagements.

Ghana was traditional, one of the African countries that relied less on agrochemicals, but the use of agrochemicals is gradually becoming the ‘spine’ of agriculture in the country.

They are used in land preparation and in controlling pests and diseases, among others.

A scholarly article titled “Agrochemicals Use Practices and Health Challenges of Smallholder Farmers in Ghana” reported that food crop farmers in Ghana used agrochemicals at a rate of 1.3 to 13 times higher than the recommended doses.

Overdose application of pesticide was also reported among vegetable and other smallholder farmers in Ghana.

The article said, for example, pesticide use in Ghana increased from nine percent in 1991 to 47 percent in 2003.

It said the astronomical increase had created serious health and environmental consequences.

Studies showed that between 70 percent and 85 percent of farmers in Ghana used agrochemicals, with vegetable and cash crop farmers among high users.

According to the Northern Presbyterian Agriculture Services and Partners (NPASP) of Ghana, 15 farmers died of chemical poisoning in the Upper East region in late 2010.