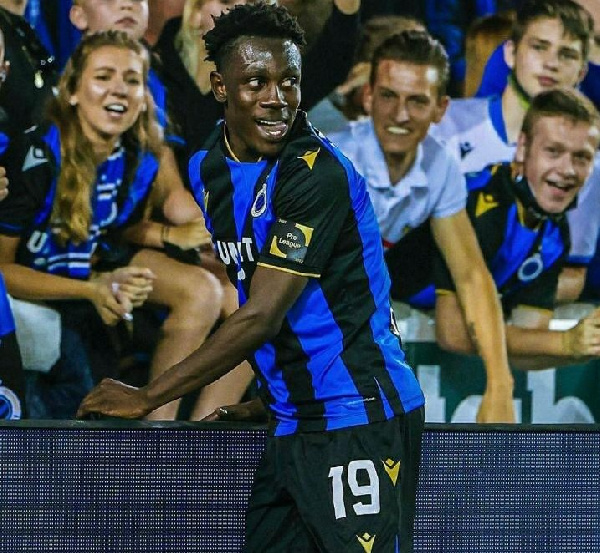 The Ghanaian made 5 appearances in the tournament

Ghanaian winger, Kamal Sowah will no longer be part of the UEFA Champions League after his team, Club Brugge were knocked out of the competition

Club Brugge conceded 14 goals and picked up 4 points out of a possible 12.

Sowah made five out of six appearances for the Belgians who finished last in Group A.

The former Leicester City U-23 player was not in action in the final group game as PSG hammered Club Brugge 4-1 at the Parc des Princes.

Kamal Sowah who joined the Belgian side this season saw 299 minutes of action for Club Brugge in the UEFA Champions League.

He played in both legs against Manchester City and RB Leipzig. In the first leg against PSG, he featured for 45 minutes.

The Ghanaian made four starting appearances and came on as a substitute just once in all games and was not carded in any of the matches he featured in.

Kamal Sowah is part of two other Ghanaians, Kudus Mohammed and Edmund Addo who featured in the European club tournament this season.