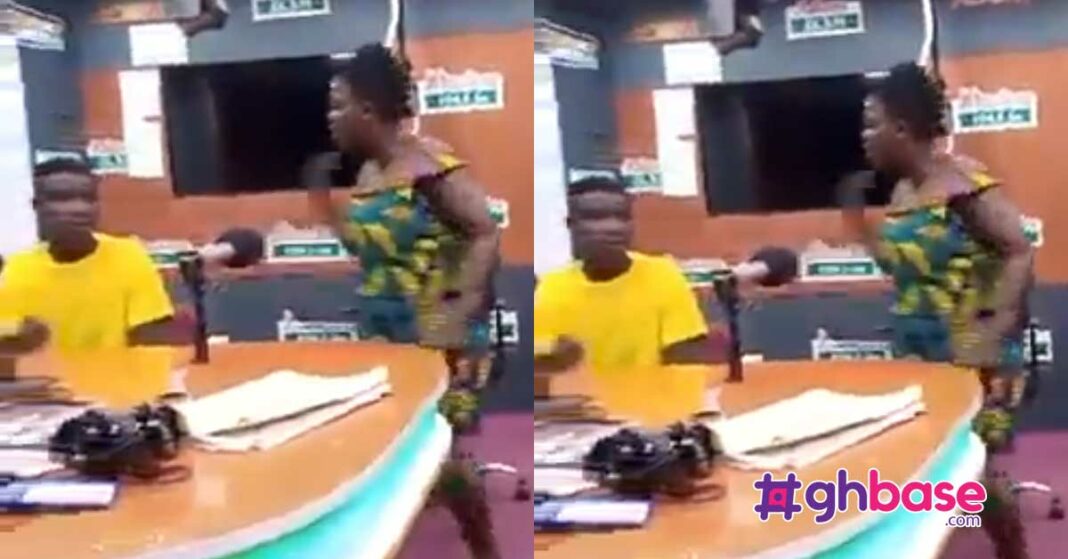 A husband and a wife engaged in a marital war on live radio following an accusation made by the husband which didn’t sit well with the wife.

The disgruntled husband and wife had been invited to sort out their grievances and restore their marriage to order when a mini-war broke out between the two.

It all went wrong when the man accused the wife of keeping urine and faeces in their room and the woman who couldn’t come to terms with the disgrace that was been meted out to her gave the husband a resounding slap.

Wife assaults husband live on air after he accused her of keeping faeces and urine in their room pic.twitter.com/UMFT06IUCs