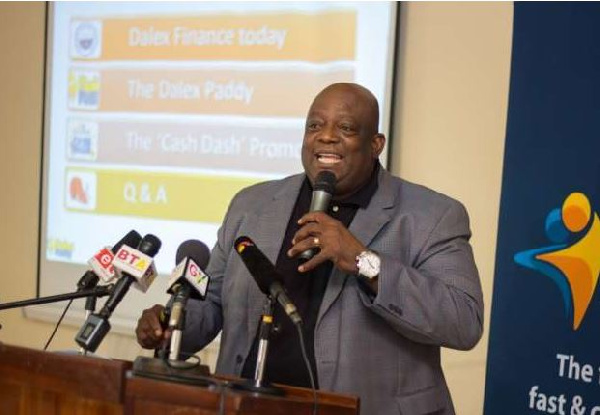 A Financial Analyst and Chief Operations Officer at Dalex Finance, Mr Joe Jackson, has said the government needs to increase the tax revenue.

Mr Jackson said the introduction of the E-levy is meant to generate revenue for government expenditure as part of the move to widen the tax net.

“Ghana is still broke! We spend 50% of revenue on interest payments and 55 % on Salaries. Govt needs to increase tax revenue else we may not be able to even borrow more. Hence the proposed E-levy. #TaxTheWealthy #HardDecisions #BrokeGhana,” he tweeted.

Finance Minister Ken Ofori-Atta announced a new levy to be charged by the government in 2022 on all electronic transactions to widen the tax net and rope in the informal sector.

“It is becoming clear there exists the enormous potential to increase tax revenues by bringing into the tax bracket, transactions that could be best defined as being undertaken in the ‘informal economy’,” Mr Ofori-Atta observed on Wednesday, November 17 as he presented the 2022 budget statement in Parliament.

“After considerable deliberations, government has decided to place a levy on all electronic transactions to widen the tax net and rope in the informal sector. This shall be known as the ‘Electronic Transaction Levy or E-Levy’.”

This will, however, not affect transactions that add up to GH¢100 pr less per day.

“A portion of the proceeds from the E-Levy will be used to support entrepreneurship, youth employment, cyber security, digital and road infrastructure among others.”

This new levy is scheduled to start Saturday, January 1, 2022.

In 2020, the total value of transactions was estimated to be over GH¢500 million with mobile money subscribers and users growing by 16 percent in 2019.

According to a Bank of Ghana report, Ghana saw an increase of over 120 percent in the value of digital transactions between February 2020 and February 2021 compared to 44 percent for the period February 2019 to February 2020 due to the convenience they offer.

This was definitely heightened by the advent of Covid-19, especially during the lockdown.

But the proposal has met resistance from the Minority in Parliament.

Their leader, Leader Haruna Iddrisu said the E-levy is a disincentive to the growth of the digital economy. To that end, he said, the Minority will not support it.

Speaking at a post-budget workshop in Ho on Saturday, November 20, he said “Mr Speaker, understandably, we see that the Minister of Finance seeks to introduce some measures including the now popularly declared e-levy or digital levy as some have quite named it.

Meanwhile, Mr Ofori Atta indicated at a press conference on Monday December 6 said that consultations were still going on regarding the proposal in order to reach a consensus.

“On the matter of the E-levy, having regard to its serious fiscal implications, we will continue our consultations with the Minority Caucus in Parliament and other relevant stakeholders, with a view to achieving consensus and reverting to the House in the shortest possible time,” he said.

Ghana is still broke! We spend 50% of revenue on interest payments and 55 % on Salaries. Govt needs to increase tax revenue else we may not be able to even borrow more. Hence the proposed E-levy. #TaxTheWealthy #HardDecisions #BrokeGhana pic.twitter.com/wiSZsgcFxi