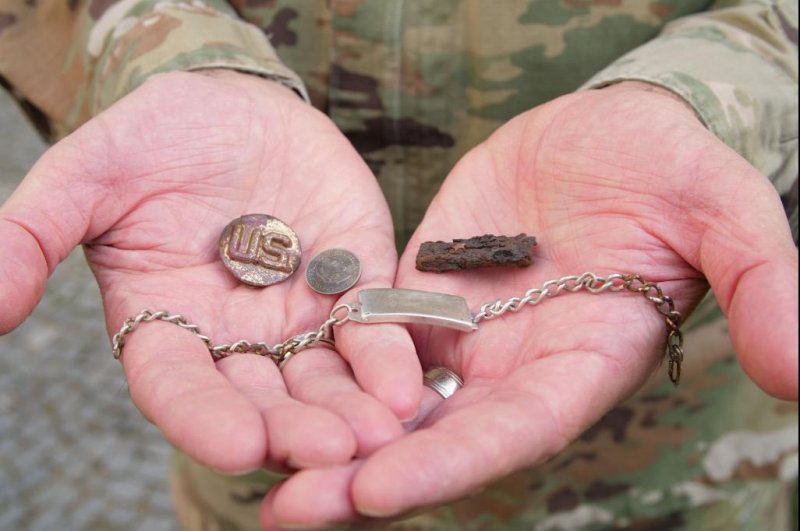 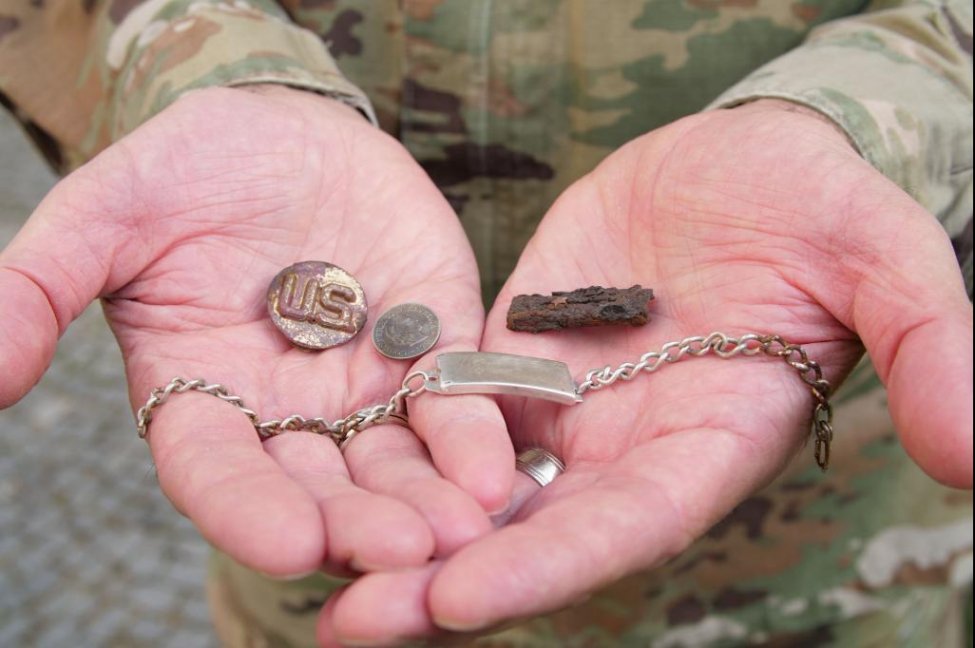 Items including a silver bracelet were stolen from U.S. Army Staff Sgt. Joe Esquibel while he was serving in Prague during World War II and he was reunited with his property 76 years later when Czech man Petr Svihove found them whole using his metal detector in the woods. Photo courtesy of the U.S. Embassy Prague/Facebook

Dec. 7 (UPI) — A man using his metal detector in the woods around Prague reunited a Colorado man with a silver bracelet and other items stolen while he was serving in World War II.

Petr Svihove, a Czech journalist and history enthusiast, was using his metal detector in the Prague-area woods when he found a stash of items including a silver bracelet, a service ribbon with a bronze star, a U.S. Army lapel pin and a Swiss coin.

The bracelet was engraved with the name Joe Esquibel on one side, and his wife’s name on the other.

Svihove posted photos of the item to a Facebook group, and Grand Junction resident Alena Busovska saw the post and was able to track down Esquibel’s family and put them in contact with Svihove.

Esquibel said he was shocked to learn his property had been found 76 years after the items, and the duffle bag that contained them, were stolen in the Prague area while he was serving as a U.S. Army staff sergeant in World War II.

“I was more surprised really more than anything else,” Esquibel told KKCO-TV.

“My dad was very surprised and happy to have his items, but he stared into them just looking at them because they were lost for 76 years,” said his daughter, Jolene Esquibel-Archuleta. “And it meant a lot to him to have it back.”

Esquibel-Archuleta said the bracelet was especially significant for her father, as it bears the name of her mother, who died two years ago.