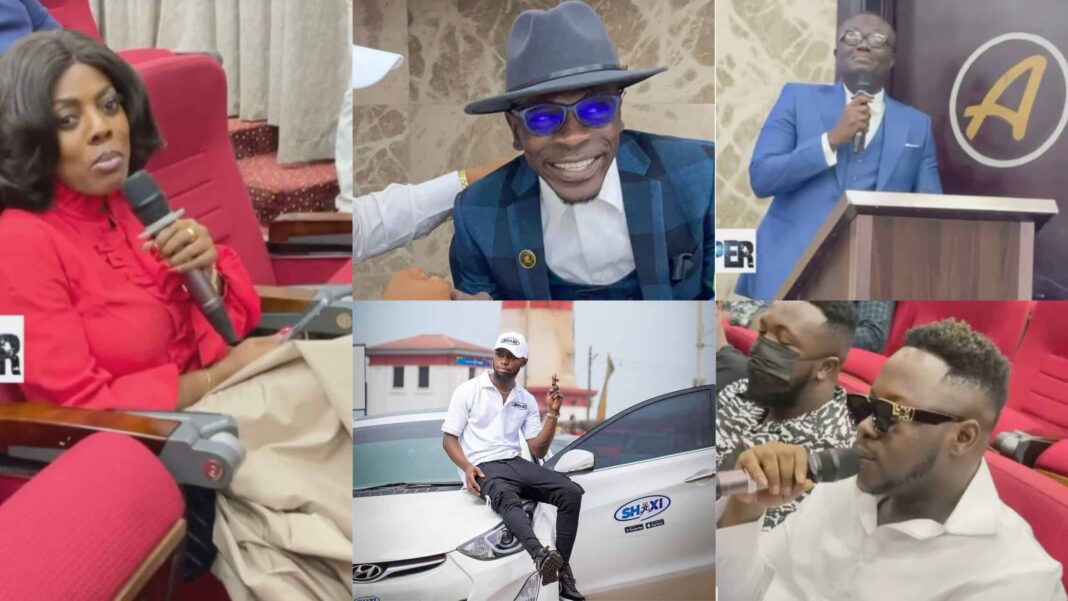 Shatta Wale received plaudits and felicitations from Bola Ray, Nana Aba Anamoah and  Medikal at the official unveiling of his SHAXI business today.

The SHAXI is an initiative by the Shatta Movement President to provide jobs to Ghanaian youth through a car-hailing service. The SHAXI Rider and Driver APPs have been rolled out to make the initiative possible.

According to the company, “Shaxi is a Ghanaian ride-hailing company with a core focus on providing affordable and comfortable rides whilst providing employment opportunities for the youth.”

At the unveiling ceremony, Bola Ray was full of praise for Shatta Wale. According to him, it was wise for the singer to set up a business by capitalizing on his social currency since fame was temporary.

Nana Aba Anamoah also expressed how profound she believed the SHAXI initiative was and pat Shatta Wale on the back for a good job done.

Medikal who has been a close pal to Shata Wale also assured him of his support as he officially rolls out the SHAXI initiative which will not only provide jobs but also create several opportunities for all.

Shatta Wale also addressed the media at the unveiling ceremony where he spoke at length about his love for the youth and why he believed the SHAXI initiative was borne out of his passion to see the youth rise from the doldrums of unemployment.