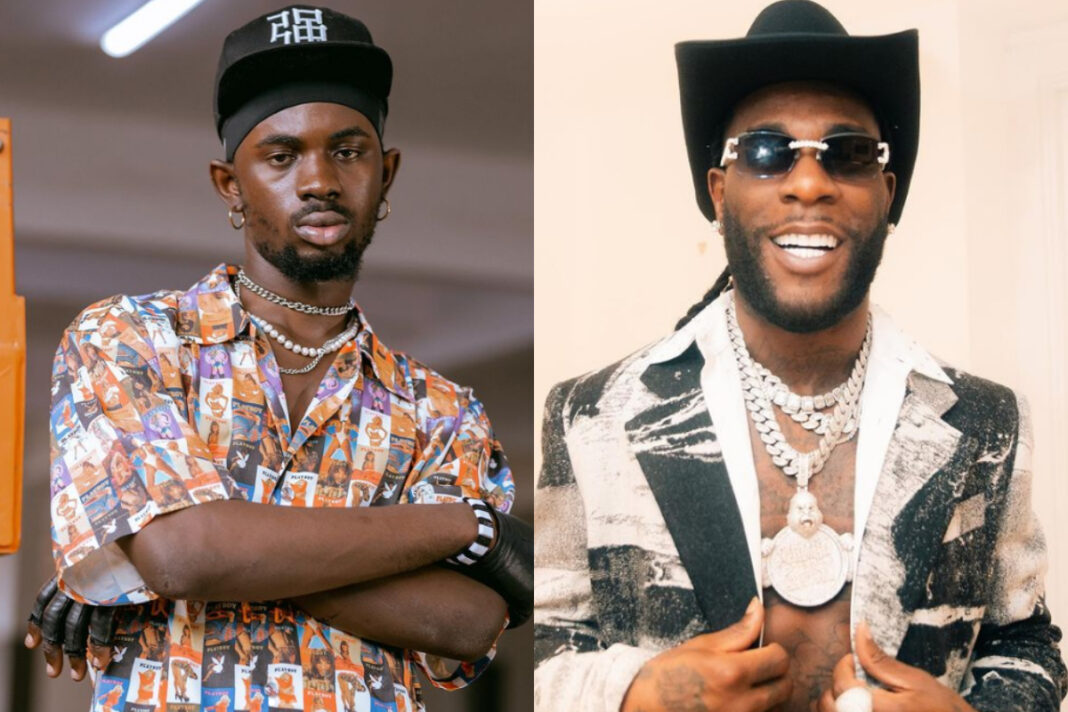 A tweep has asserted that Burna Boy’s collaboration with Ghana’s own Black Sherif on his “Second Sermon” remix has caused harm to the original track on the account that the tune is not as soothing and good as expected by many.

Black Sherif recently released his “Second Sermon” remix featuring the African giant, Burna Boy. This comes after Burna Boy was spotted in a viral video jamming to the song and also added his own version to it for the remix version.

The tune is currently on the airwaves and some netizens have penned down their comments with some condemning the remix version as compared to the original song.

A tweep has explained that Black Sherif should have recruited Burna Boy on another project and not his “Second Sermon” song. He stated that the remix version has tainted the original song, thus it was needless for him to have been recruited for the remix version.

He wrote; Black Sherif should have used Burna Boy for a different project and forget doing remix for the second sermon. The remix has spoiled the main track. Enor dey bee

Meanwhile, Omar Sterling of R2Bees fame has revealed that comments made about him being a wack rapper motivated his decision to record his mixtape ‘Victory Through Harmony” because he wanted to prove to his naysayers that he can rap.

According to the rapper, he has heard comments from Ghanaians saying that he is a wack rapper but to his best of knowledge, most Ghanaians do not even fathom the elements of rap music.

During an interview with Andy Disty on Hitz FM’s Daybreak Hitz, Omar Sterling recounted that Sammy Forson, an entertainment personality listed the top 10 rappers in Ghana yet he excluded him, Omar Sterling, from the list.