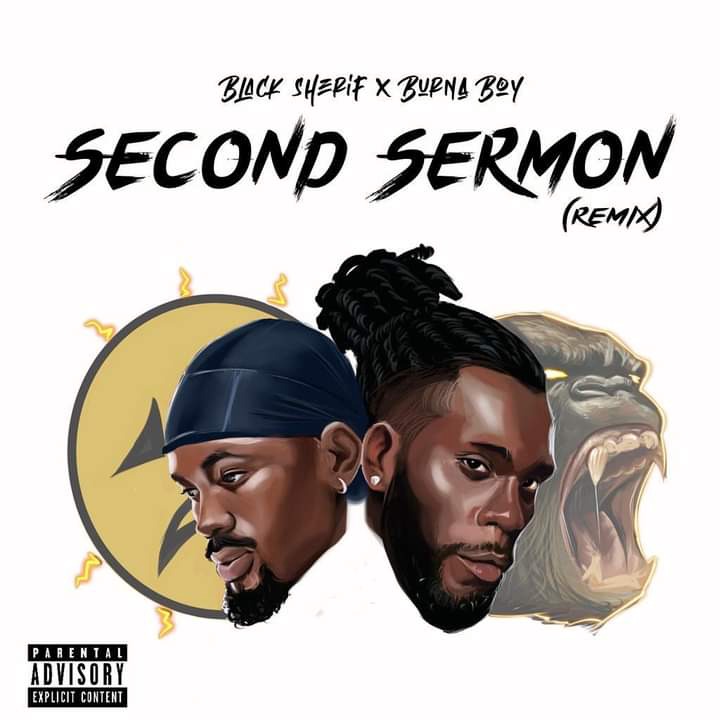 Fast rising Ghanaian act Black Sherif has dropped his long awaited collaboration with Nigerian music giant Burna boy. The duo have been working behind the scenes since Black Sherif became a household name and his second Sermon hit single, a street anthem. They have teased their respective fans who actually thought they will come out with an entirely new project but as the wait ends, the Ghanaian singer early this morning unveiled the remix version of the ever popular Second Sermon. 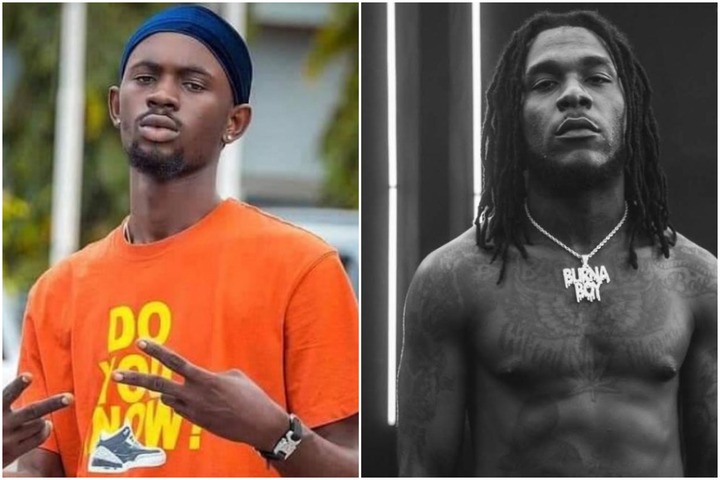 Just an hour after its release, the Second Sermon collaboration has already been viewed nearly ten thousand times on YouTube and liked as many times as possible. The song has also caught the attention of legendary rapper Sarkodie, who tweeted about it this morning, urging his Sarknative fans to go view the song. 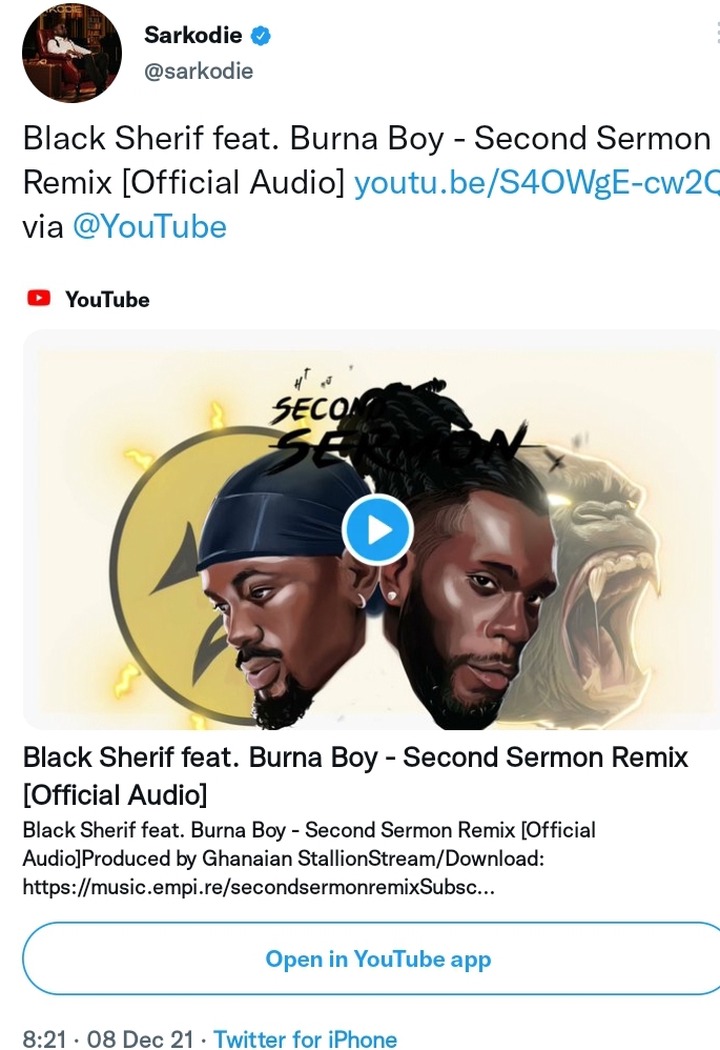 Black Sherif, a 19-year-old music sensation who hails from Konongo in the Ashanti Region broke into the music scene early this year after the release of several hit singles including Money, First and the Second Sermons among others. Majority of his works have been viewed over a million times on YouTube. Showbiz pundits have expressed surprise at the rate at which Black Sherif achieved fame and have already tipped him to win New Artist of the Year at next year’s Vodafone Ghana Music Music.

Content created and supplied by: Kumbundoo (via Opera
News )