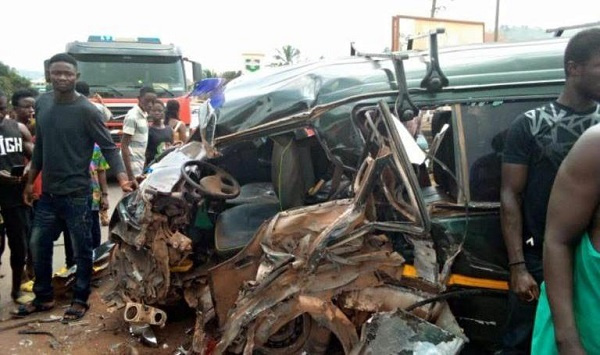 A total of 2608 people have been killed through road traffic accidents between January to November 2021, the latest data released by the National Road Safety Authority(NRSA) has revealed.

The data also reveals that 14138 persons are battling various degrees of injuries.

Motorbikes have been established to kill more people as within 11 months, 1140 people were killed and 4293 injured.

Furthermore, 726 pedestrians were knocked down and died in the process.

The data shows that the Ashanti Region continues to lead road traffic fatalities so far as 534 people have been killed in the region with 3438 persons injured.

The North East and Oti Regions are however do relatively better with13 and 20 road accidents related death recorded respectively over the past eleven months.