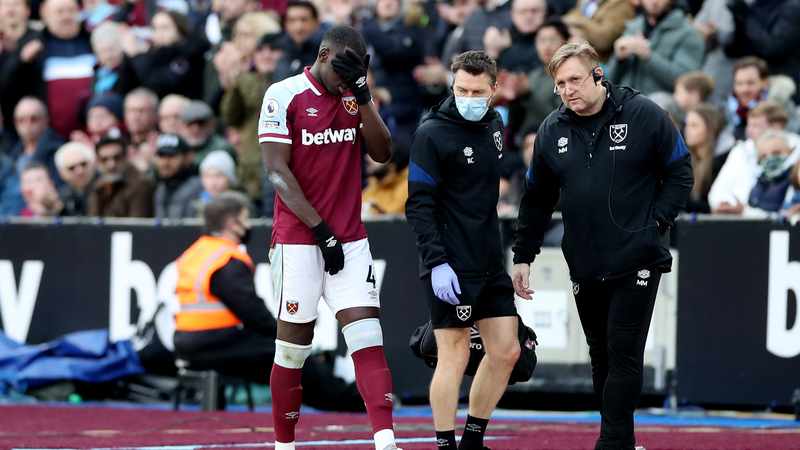 London — West Ham United centre back Kurt Zouma sustained a hamstring tendon injury during their Premier League win over Chelsea at the weekend, the East London club said on Tuesday, adding to a growing list of injured defenders.

West Ham beat Chelsea 3-2 on Saturday as David Moyes’ side retained fourth spot in the league standings but Zouma came off injured in the 71st minute. The club did not provide a timeline on his return.

“A scan on Monday revealed the damage and the 27-year-old French international defender has already started his recovery programme at Rush Green under the supervision of the medical team,” West Ham said in a statement.

The club added that defender Ben Johnson has started his rehabilitation after he was also substituted having suffered a low-grade hamstring strain in the same game.

The club had already lost centre back Angelo Ogbonna to an anterior cruciate ligament (ACL) injury last month while Aaron Cresswell is recovering from a back injury.