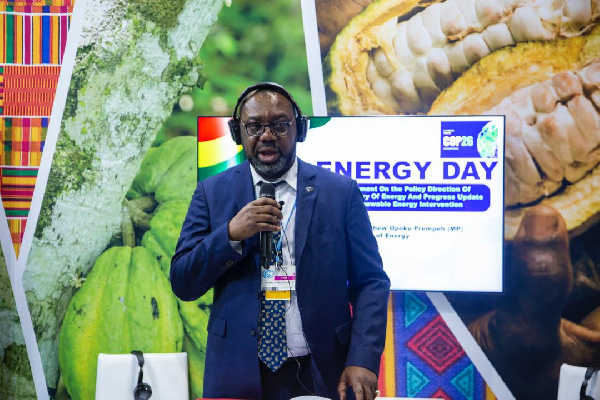 The Minister for Energy Dr. Matthew Opoku Prempeh has described as inappropriate the use of “threat and blackmail” to coerce the government to meet demands.

He made this statement on a political talk show, “Ekosiisen”, hosted on Asempa FM last week when the panel was discussing the controversial 2022 “Agyenkwa” budget and its related issues.

The comment of the Manhyia South Member of Parliament came in reaction to the posture of Parliament’s Minority Caucus–National Democratic Congress (NDC)–who demanded that Government makes provision in the 2022 budget for the Sea Defence Wall Project abandoned in the Keta Municipality of the Volta Region or risk losing the caucus’ support in implementing the policies going forward.

Dr. Opoku Prempeh, decrying the phenomenon, said the posture of the NDC was rather “unacceptable” and one “we must not countenance”.

He also spoke of traditional leaders–Chiefs–and the general public who resort to similar behaviour including issuing of “ultimatums” to demand projects to be undertaken in their respective communities.

The New Patriotic Party MP believes that Ghanaians have the right to demand their developmental needs but those projects and their fundings should be distributed “fairly and rationally”, hence calling on all and sundry to grow out of it.