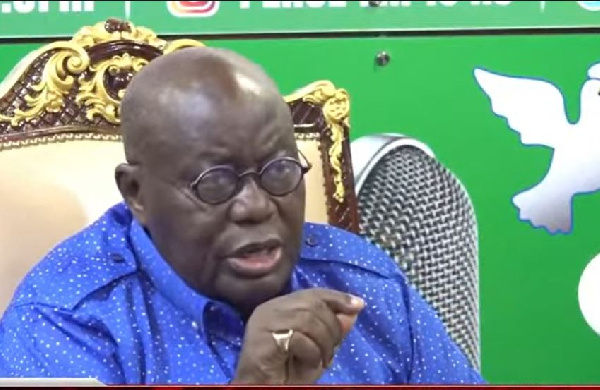 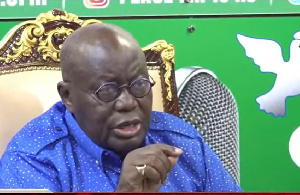 Leader of the former workers of the Ghana Ports and Harbours Authority (GPHA) who were retrenched in 2002 without their severance benefits has urged President Akufo-Addo to leave a different memory in the minds of the ex-workers than his predecessor did.

In a statement, Mr. Stephen Ashitey Adjei, said it would be a very bad smudge on an otherwise good image that President Akufo-Addo has built for himself if he wickedly ignores the ex-workers like former President Mahama did.

“Congratulations are in order for President Nana Akufo-Addo because of the recognition from Forbes Africa which has named him the African of the year. As Ghanaians, we all are proud of him and think that he richly deserves the accolade, but all of these things will quickly be forgotten if President Akufo-Addo turns a blind eye to injustices such as we have suffered.

“His predecessor, John Mahama, deliberately glossed over suchlike injustices and because of things like these, he is going down memory as one of the worst presidents of the Fourth Republic. We trust that President Akufo-Addo wouldn’t want to be remembered by us as no different from John Mahama,” Mr. Ashitey Adjei wrote.

The ex-workers that Mr. Ashitey Adjei leads are about 4000. In 2002, they were retrenched in an exercise by the GPHA but were generally not paid their severance benefits by the GPHA.

In a development that has remained a blotch on the image of the harbours Authority, the GPHA paid only 5 out of the over 4000 E-workers who had been retrenched. The rest of the ex-workers had gone to court and fought a just case, but what has been seen by many as deliberate procedural errors by their lawyer, who had been “hired” for them by the GPHA, they lost the case.

Even so, then Chief Justice, Theodora Georgina Wood, who had sat on the case at the Supreme Court had lamented the crude mistakes of the lawyer and told the GPHA to sit down with the ex-workers and sort them out before dismissing the case.

For the ex-workers however, the lawyer and his shenanigans committed the lesser of the injustices they suffered. They blame former President Mahama for their predicament.

This is because in 2012, the ex-workers had written to then-President John Evans Atta Mills over their issue and in response, President Mills had issued a fiat to the Transport Ministry to get the GPHA to pay the ex-workers their benefits.

However, not too long after that, former President Mills had suddenly died in office in July of that year.

After Mills, Mahama became President and the ex-workers turned to him because the GPHA had taken advantage of Mills’ death to ignore the ex-workers.

According to Mr. Ashitey Adjei, John Mahama did not even reply a single letter that they wrote to him.

“He basically just ignored us and his government just swept our issue under the carpet, something that emboldened the GPHA to abandon the process that President Mills had directed them through the Transport Ministry to start. This is why 20 years later we have still not been paid,” Moshake wrote.

The generality of the ex-workers live in abject poverty, while many have died out of melancholy. At least two of them have gone mad while one lives under a tree in Tema.

“We have appealed to President Akufo-Addo and at least the audience we have received tells us this President regards us as human beings, not like Mahama who treated us like a piece of furniture. But beyond the recognition, there is the need to understand that lives are still at stake, families have been torn apart while this injustice still hangs on Ghana by the anchor of karma.

“We are hoping that President Akufo-Addo will not behave like Mahama in the end and crown his sterling performance in the office with the failure to resolve this festering injustice,” Mr. Ashitey Adjei wrote.