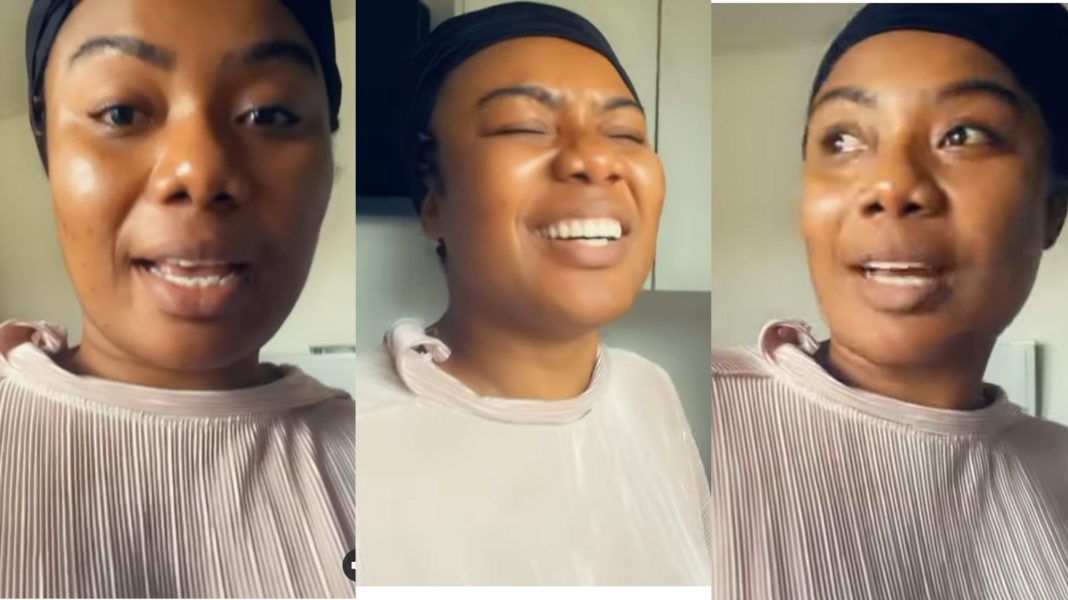 Ghana broadcast journalist, Bridget Otoo has decided to throw shades at herself for her failure in knowing how to cook.

In a self-recorded video on her Instagram page, Bridget was trying her best to cook some chicken but along the line, she became concerned about the amount of salt to put in it.

She was using the local salt and decided to grind it into a powdered form to sprinkle on the chicken.

While doing that, she screamed about how disappointed she is in herself for not knowing how to cook.

She even took to her Twitter page to state that she was looking for a man who will cook and clean for her.