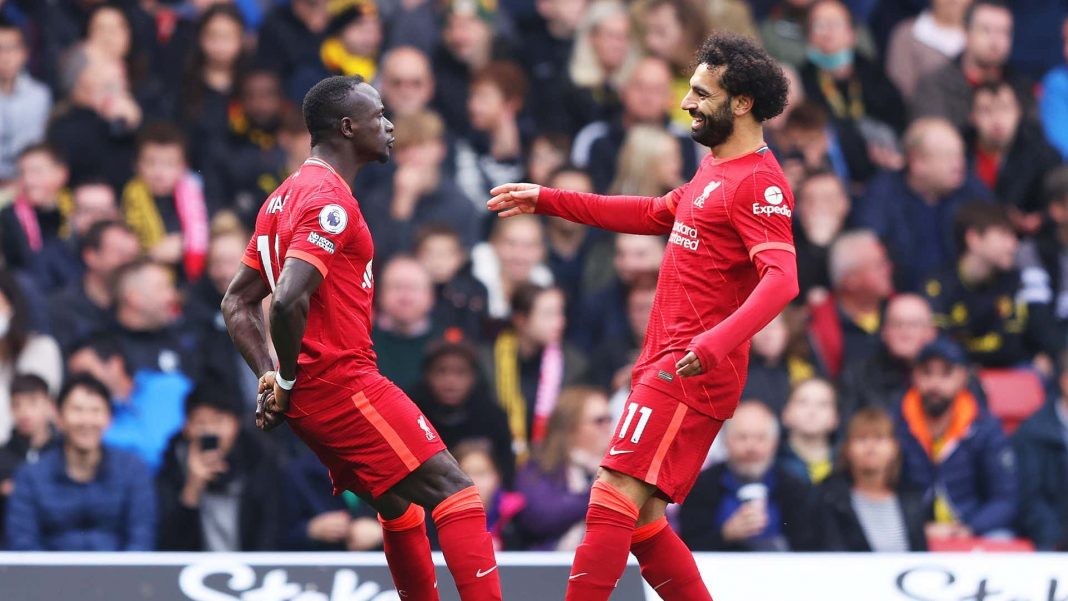 The 29-year-old Egypt international has been the best performer for the Reds in this campaign with his combination with the Senegal striker allowing them to score a combined 28 goals so far in this season.

While Salah has managed 13 goals in the top-flight from 15 appearances, the 29-year-old Mane has managed seven goals from the same number of appearances, a performance that has seen Liverpool move to second on the 20-team table with 34 points from 15 matches.

However, there have been reports in the past questioning the relationship between the two players with pundits claiming they sometimes don’t pass the ball to each other.

Salah, who joined the Anfield outfit in 2017, has now come out to clarify the matter.

“My relationship with Sadio [Mane]? We are teammates on the pitch and in the locker room, and it’s a professional relationship,” Salah told Egyptian broadcaster MBC.

“He and I give everything we have for the team to win. We may have a competition for who is better, but this is normal in any team and a legitimate right for any player, but in the end, we serve the team.

“Sometimes I act selfishly on the field, but no one puts his interest above the interest of the team, and it is not intentional.

“In a match, Sadio left the field angry, this was the first time people talked about the bad relationship between us, and they associated every time I did not pass to him or he did not pass to me with this situation.

“But Sadio give me many assists and so do I. I am not jealous if someone else scored goals.”

On his individual awards, Salah said: “I feel it is up to people’s opinions. In my mind, I am the best player in the world.

“I can’t say I don’t want to win the Ballon d’Or or Fifa The Best, of course, I want to get any of them and I know I’ll win any of them at some point, but if I don’t win them no problem I’m not worried, but I feel the criteria for these awards are unfair.

“Money and fame have made me more honest with myself, that I don’t want to prove anything to myself.”

“Our relationship is good and professional. Do we disagree? Certainly, because we think differently, but in the end, we agree on most things. You can’t say we agree 100% or disagree 100%.

Klopp full of praise for all of Liverpool’s stars, not only Salah – This video will start in0:04

“I always want to play. But he is the coach and he wants to rest his players because of the many matches, but we always reach a compromise. We have been together for five years and I can always ask him why I don’t play or why he rested me.

“Klopp is tough when necessary or when he feels the team is too confident to win, but he treats the players well.”

Egypt beat Ivory Coast on penalties to progress to quarters